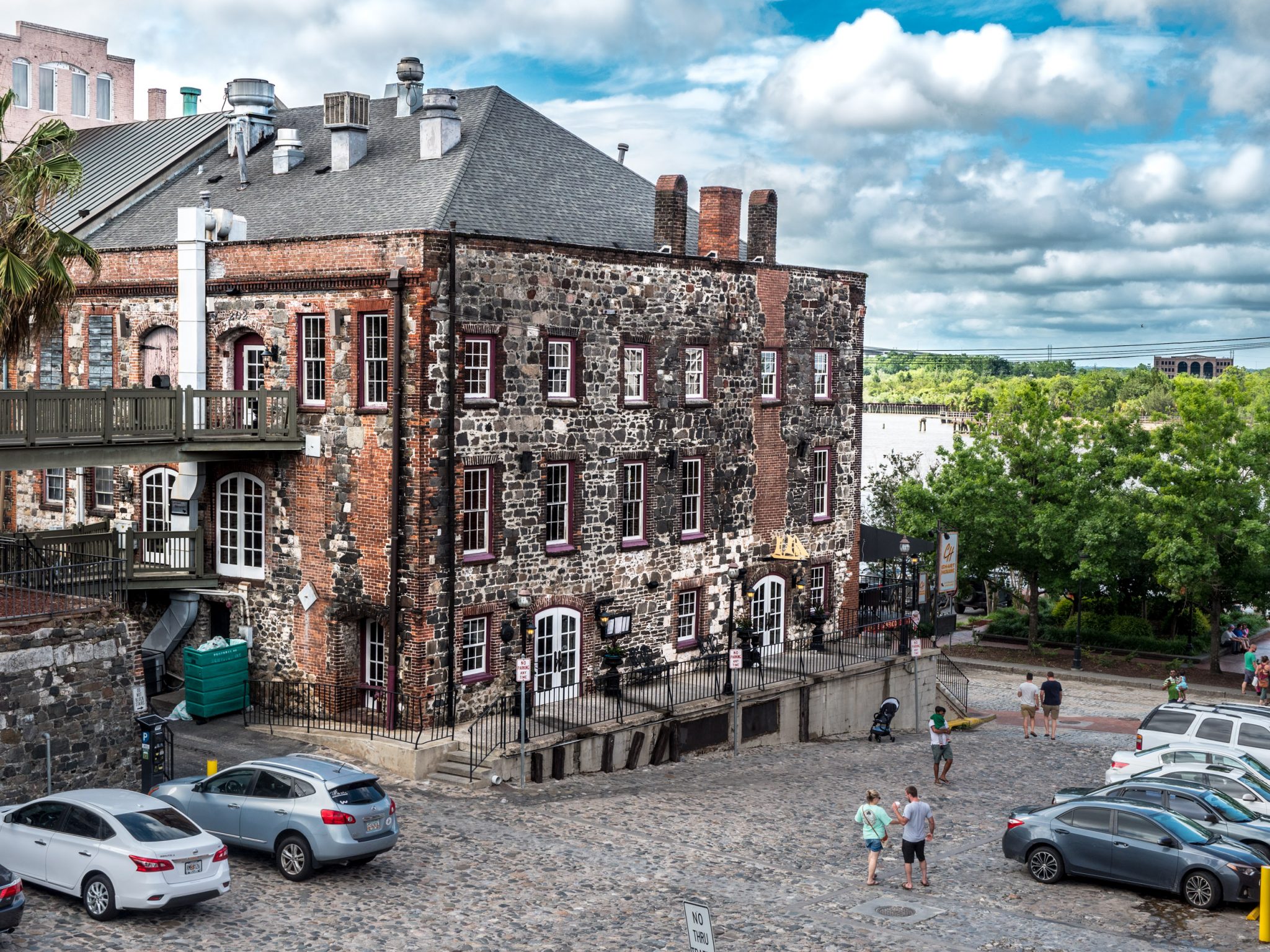 “Y’all”. There it was again, that word, that expression that sometimes hit us more, sometimes less, since Texas. Jeff and Jill, two lovely people we met on the beach in Jekyll Island, just south of Savannah, gave us an explanation. So “Y’all” is a short form of “you all” and “fixin ‘to” means preparing to do something. So, something like “Y’all fixin ‘to dinner” means “We’re all going to have lunch”. Particularly confusing is that “dinner” in parts of Georgia’s means lunch and not dinner 😉

So we stopped in Georgia, the first state of the “Thirteen Colonies”. Georgia came in as the southernmost and last state. Driving through the very humid and hot state is a special experience with its 250 tree species. Georgia’s native trees include red cedar, a variety of pines, oaks, hollies, cypress, sweetgum, scaly-bark and white hickories. There are also 160 different species of birds and about 70 species of reptiles, including alligators.

Jekyll Island, along with some other islands, is one of the “Golden Islands of Georgia.” The island is only 23 km2 (5,700 acres) and there is no town there, which of course we like very much – the wide and sandy beach, was the first encounter on the American continent with the Atlantic.

It was the island of the rich and the beautiful, especially the rich ;-). This is where the Jekyll Island Club was founded. Members came from the wealthiest families in the world – the best known are the Morgens, Rockefellers and Vanderbilts. Joseph Pulitzer was also one of the founding members. It also laid the foundation for the US Federal Reserve and wrote the first draft.

For the golfer among you: There is a beautiful golf course here that belongs to the famous Jekyll Island Club Hotel. “The Legend of Bagger Vance” was filmed here.

There are plenty of sightseeing options in Savannah and can be overwhelming at first glance. A good overview can be obtained with the slightly different hop-on / hop-off tours, the bike or simply on foot.

The park covers about 30 acres and the large fountain is lined by old oak trees that are covered with Spanish moss.

For most Americans, the churches of Savannah are a must-have and top of their list. Most impressive are the “First African Baptist”, “Cathedral of St John the Baptist” and the “Congregation Mickve Israel”.

Guided tours lead through the 300 year architectural history of Savannah. The tours are small and so each participant gets the maximum information.

Again, it is worthwhile to visit one of the many cemeteries. Most impressive is the Bonaventure Cemetery.

On the shore of the Savannah River runs River Street, a lively area nice for afternoon walks. Once a hotspot for sailors, the bumpy cobblestone street today is lined with over 75 souvenir shops, galleries, restaurants and pubs in old cotton warehouses. River Street is still the place to go for pub crawls in Savannah, making it attractive to party seekers and a little less family-friendly after dark.

The open-air market spans four blocks and houses restored warehouses that house everything from restaurants to boutiques and art galleries. Worth seeing 😉

And another little historical insight

On February 12, 1733, General James Oglethorpe, along with some settlers, founded Savannah, Georgia’s colony. So just at the time when Austria fought on the side of Russia against the Ottoman Empire. Oglethorpe, who fought alongside Austria as a veteran in the Austro-Turkish War (1716-18), realized on his return to London the bad conditions of released debtors from prison, so he devised a plan to bring these people into the new world and give them the land and knowledge to build a new society. So Savannah became a haven for unjustly treated people from Europe (a little abbreviated ;-)). Among the “refugees” also 150 Salzburg Protestants.