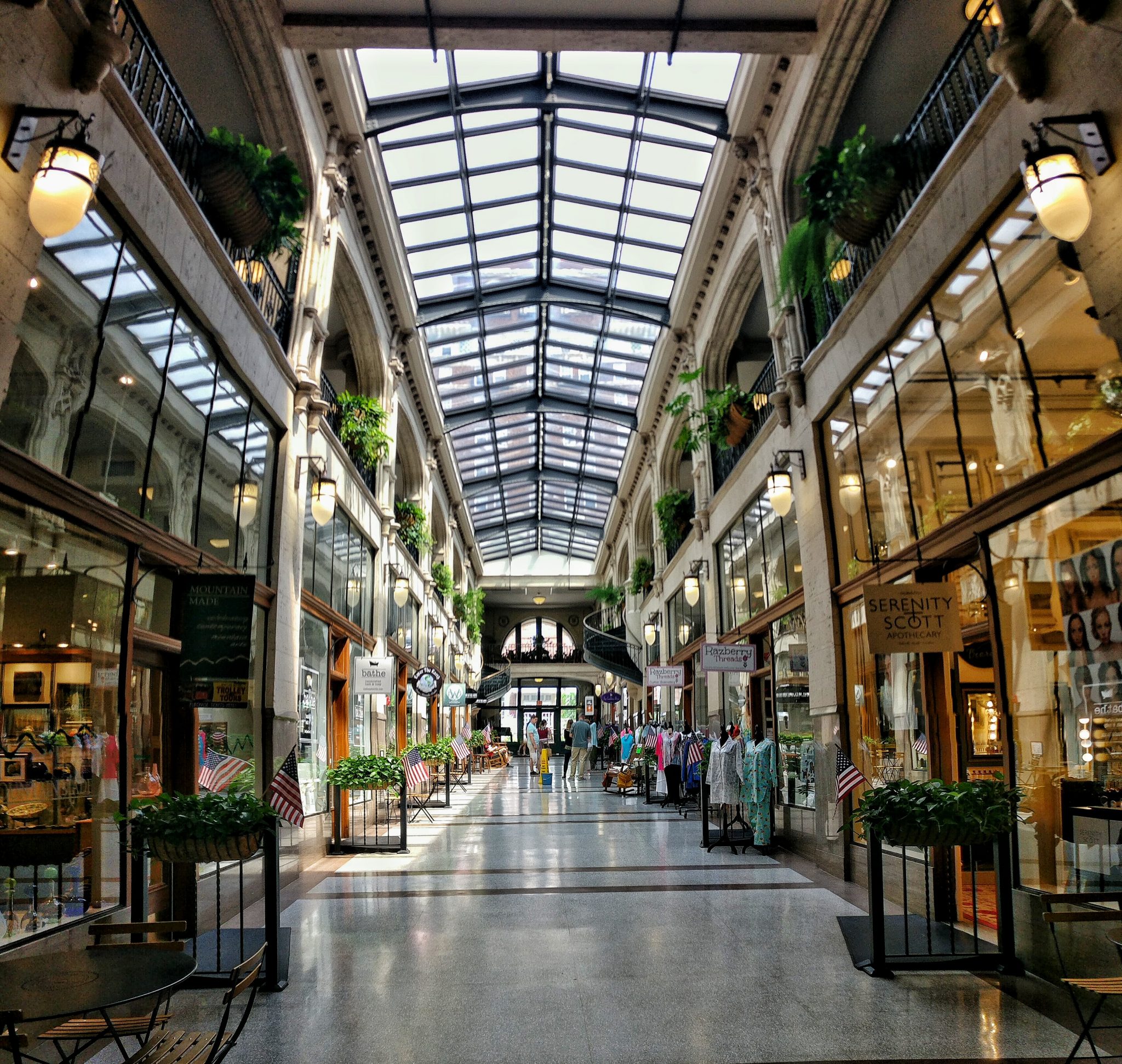 Asheville and the Smoky Mountains

Blog, North-America
Rachel came back to the table. The smartphone still at arm’s length away from her, her face on the screen, from which her friend Ann enjoyed the scenery with a big smile – just like we at the next table. Rachel waved the smartphone around and Janet, Adam and Josh entered the field of view of the camera. Ann at the other end of the country screamed loudly from the smartphone “i love you”, thus tearing everyone off a serious discussion about the differences between western and eastern yoga. Janet screamed as she spotted Ann on the small screen, loudly, “i love you, how are you?” towards the smartphone. Then there was a group cuddle between Rachel, Janet, Adam and the smartphone. Meanwhile, Josh smiled lost in thought and seemed eager to return to the exciting theme of the different yoga. As soon as the group cuddling started, it ended quickly. Adam suddenly started talking about an inspirational song he loved so much. Janet turned from the smartphone to Adam and began singing without transition. Adam only joined in, a few seconds later. I can not say that they were a sympathetic pair of singers, nor that their voices were suitable for singing in public, but there was nothing to complain about in action. Her fingers dug into each other as they gazed into each other’s eyes. There arms moved over there head, swaying to a beat I could not recognize. Everyone else, including us and Ann, who only saw the blanket – the smartphone was on the table, admired the unusual performance – some with a mischievous laugh.
We often saw these and other scenes in Asheville, North Carolina. Granted, I came up with the names. The city, which is considered the gateway to the Smoky Mountains, is different than expected. For a long time, different people told us that we should go to Asheville, North Carolina, because it is such a charming and unique city. It is unique in any case. Asheville once again teaches us that comparisons and expectations have no place in travel. What we found was not similar to the picture we painted with these narratives and descriptions. Not nearly.
Asheville acts on us as if she can not make a decision to be a city or a village. There are many individual stores, boutiques, shops, and most of all “breweries” (the highest density of breweries in terms of population in the entire US), along with the usual chain stores that can be found in every city, whether downtown or west Asheville or North of Downtown, all the neighborhoods have the same charm, and the residents are a special type we’ve only met in Durango, Colorado: young, over the top, sometimes whining and / or unpleasantly malodorous and totally “stoned” hanging around the street. For the record: I’m not talking about homeless people here 😉
The nicest thing about Asheville is the surrounding area: Great Smoky Mountains National Park, the Pishga National Forest, the Blue Ridge Parkway and for all who love Dirty Dancing – Lake Lure – one of the filming locations. Also the movie “The last Mohican” was filmed here.

Here are our tips about Asheville: 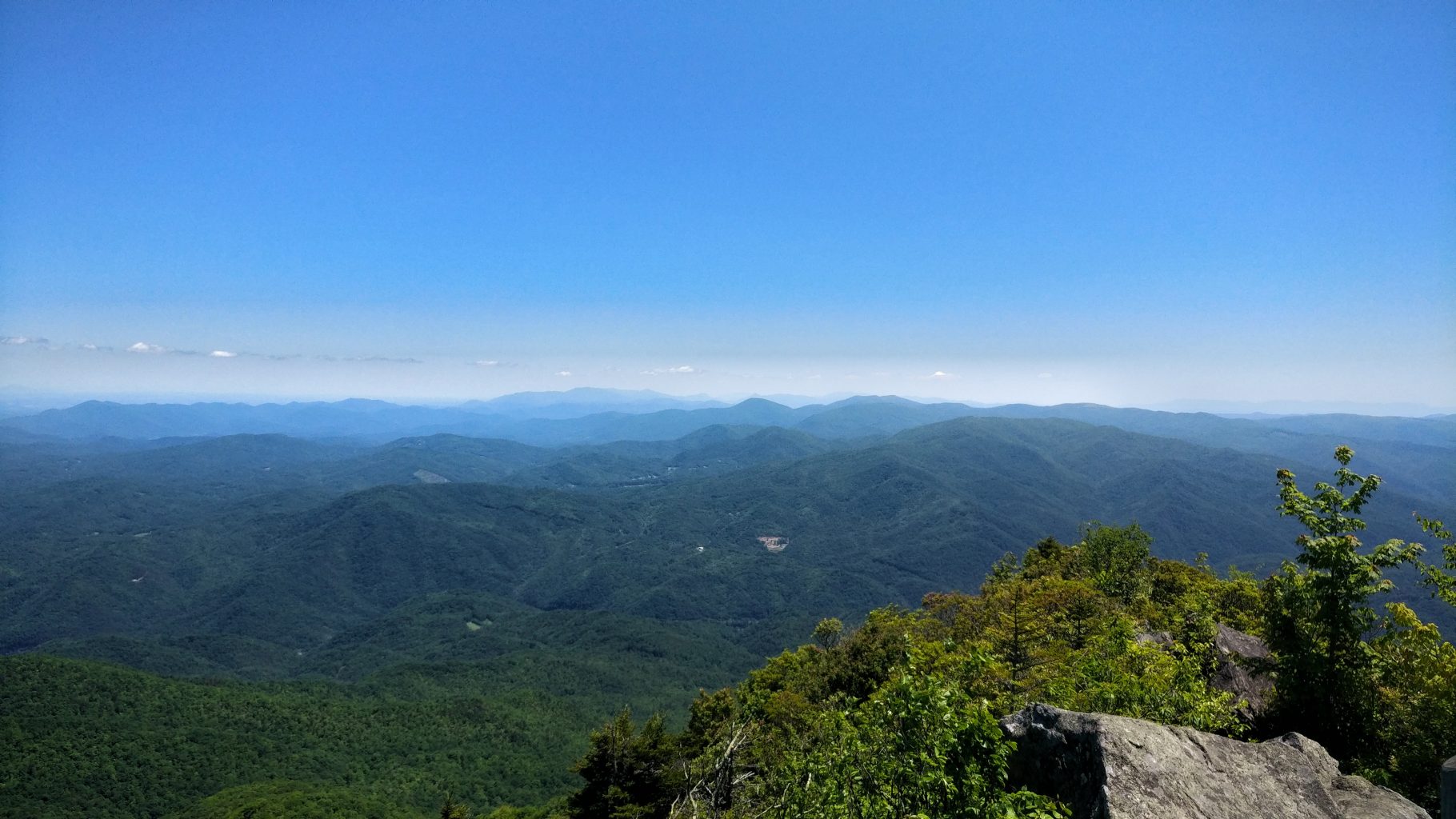 The Smoky Mountains or “Smokies” is a old-growth forrest of 76,000 hectares (780 km2). The deciduous forests of the Smokies are among the most diverse ecosystems in North America and the southern Appalachian fir forest that covers the upper elevations is the largest of its kind. The Great Smokies are also home to most black bears in the eastern United States and various salamander populations outside the tropics. There are a variety of trails that range from small walks to multi-day tours. And if you want to go a little further, you can hike the Appalachian Trail, which runs through the Smokies. 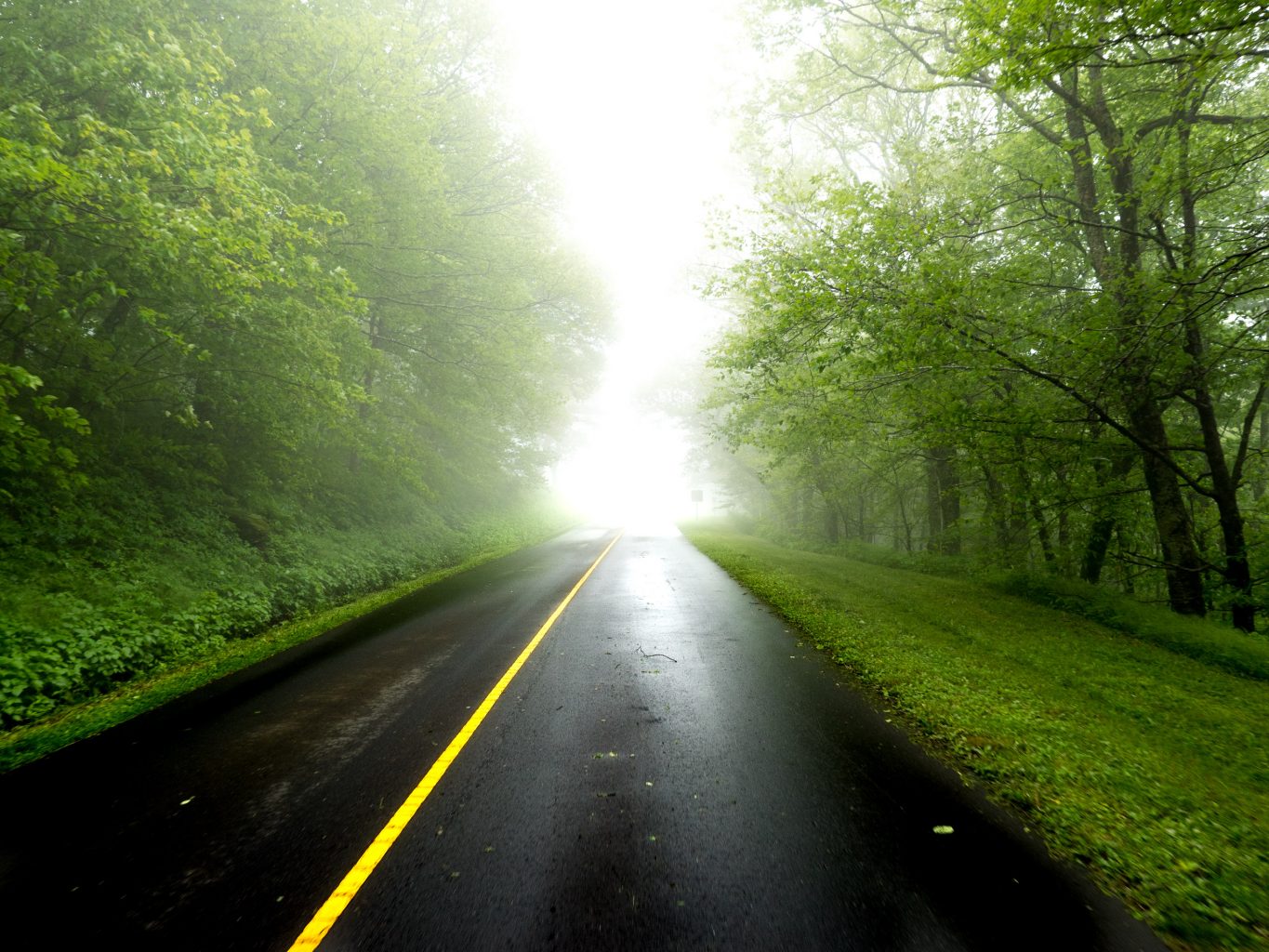 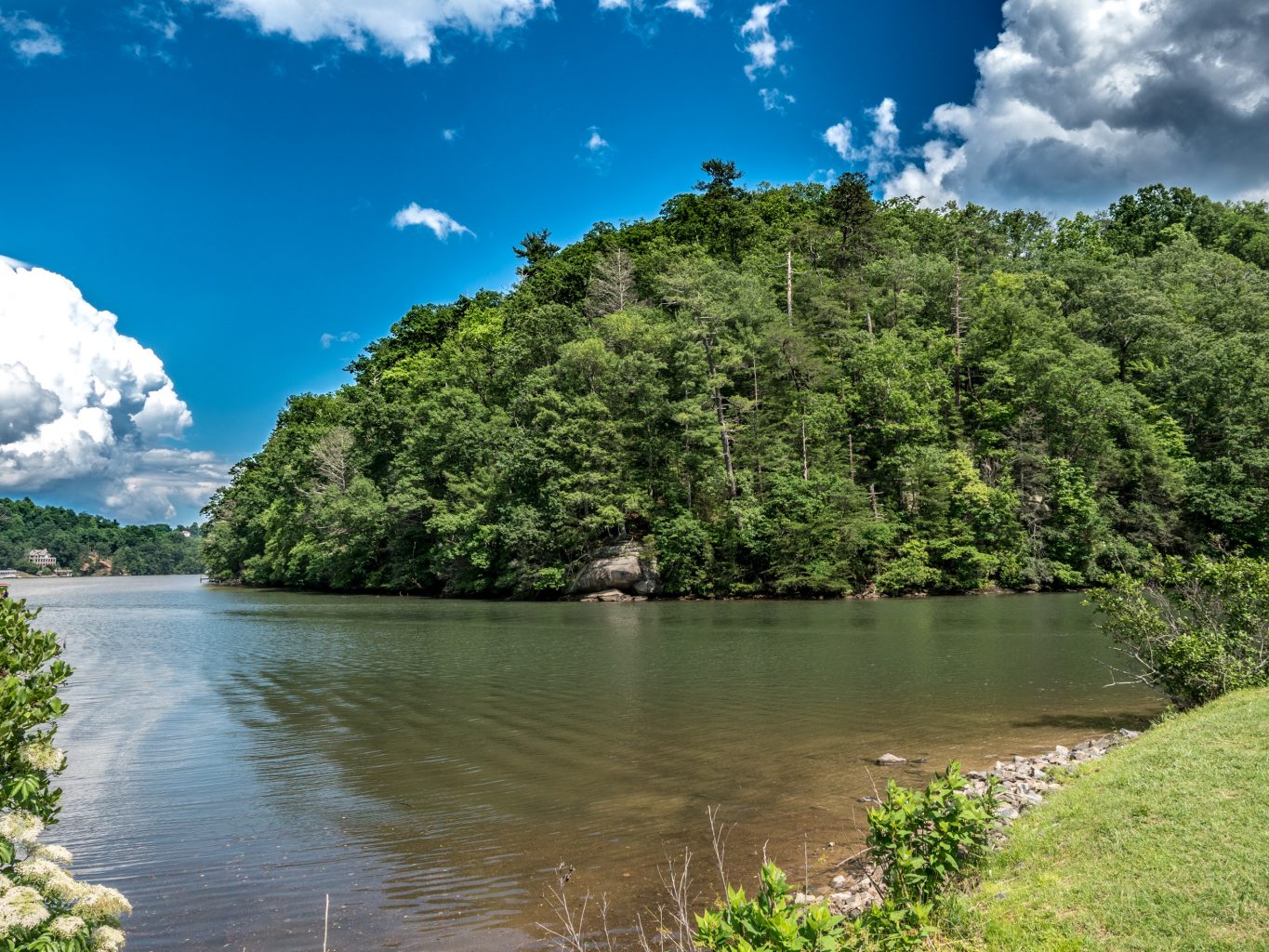 Over 30 years after the movie “Dirty Dancing” we were here, at the main site of Dirty Dancing. Like many young grown-up in their 80s, I did not get around to Dirty Dancing ? (although I probably did not see the movie 50 times). Here on Lake Lure, about 50 minutes from Asheville, unless flooding and torn roads make it difficult to get there, nostalgia is in the air. I literally mean that. The place seems to have its best years already behind. So it is perfectly suited to bring the 30 years of memory back to life. Only the hotel where the movie was filmed is in Virginia. But, there are the Historic Lake Lure Inn & Spa with “Baby’s Bungalow” and “Johnny’s Cabin” available.
For the men: The Last of the Mohicans has also been filmed here for the most part: the last sequence, up the hill and the famous waterfall is here in Chimney Rock and is considered the second largest waterfall in the US east of the Mississippi.

Biltmore House is the largest private home in the US with 16,622.9 m2 of living space !. Still owned by the Vanderbilt family, it now serves as a tourist attraction with expensive entry fees. We ourselves did not want to afford the $ 75 per person, so no picture from us.
Who liked this post, please like us on Facebook, Instagram or Twitter, share with your friends and leave us feedback in the comment section. Thank you. Would you like more about us, visit our About us site.
Biltmore Estate, Blue Ridge Parkway, Dirty Dancing, Great Smoky Mountain National Park, Lake Lure, Last of the Mohicans, North Carolina, Smokies, Smoky Mountain, Tennessee, Vanderbilt
Share:
Prev post Savannah and Jekyll Island, Georgia Next post Blue Ridge Parkway and Shenandoah