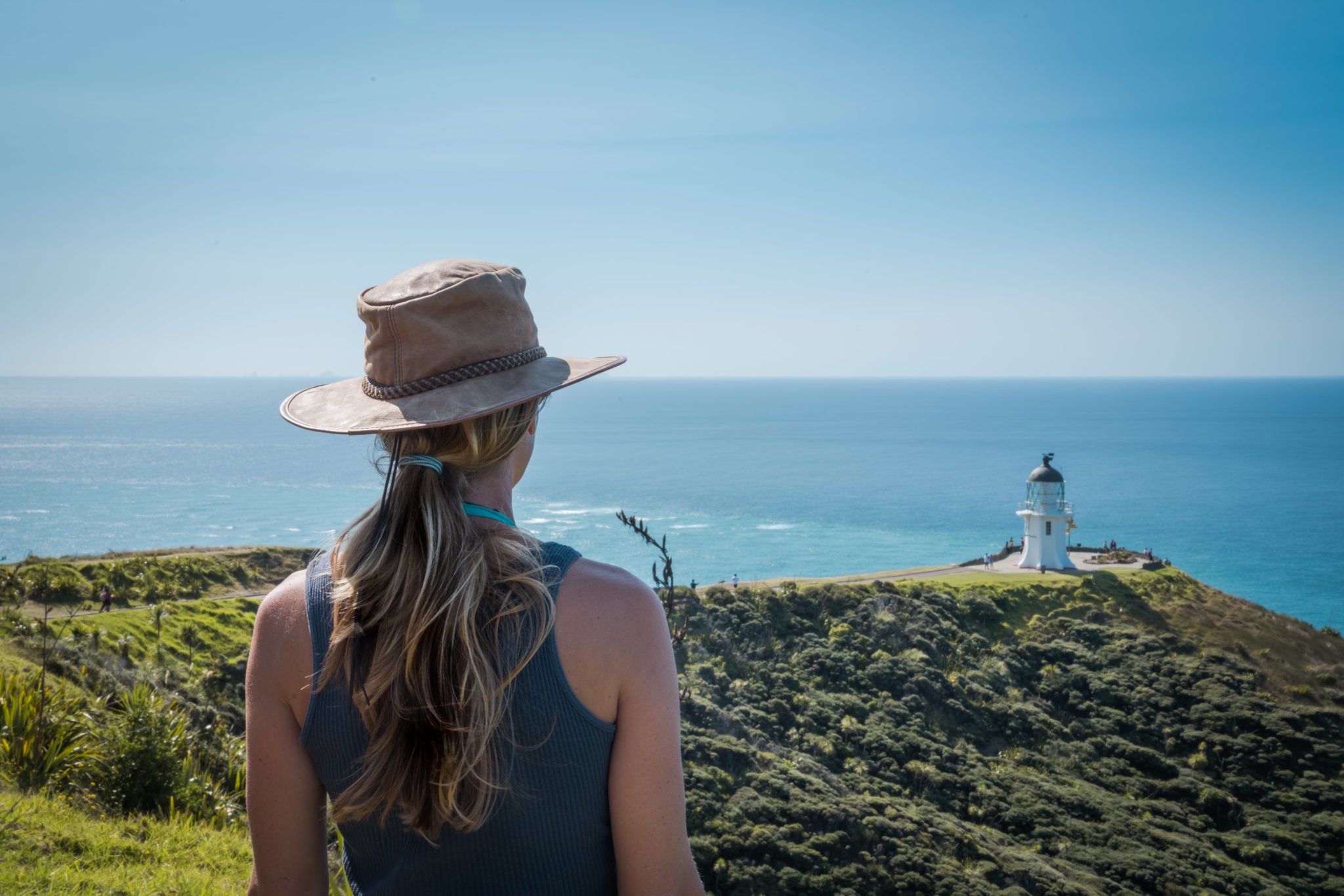 The north of the north island

Our way led us from Auckland north. Past the outskirts to Whangerei and continue towards Cape Reinga, the tourist and beautiful northernmost point of the New Zealand North Island. The landscape is overwhelming. Beautiful bays, sandy beaches, tropical rainforests and an intense sun – this is the north of the North Island.

Most place names are in Maori (in recent decades, the English name has been replaced by the “old” Maori designation). So we drove through places like Orewa, Puhi, Warkworth and Whangarei. From there we found a breathtaking view on after the other on the Tutukaka coast. We camped with our “Blue” directly on the beaches and got to know new friends.

At night, we watched the starry sky with colors that I had rarely seen before. The Milky Way was clearly visible and now and then we saw a shooting star. We lay lazily on the beach, swimming naked in deserted coves and cooking the tastiest food in our mini-kitchen. Every bay has something new for us. No trace of overcrowded beaches.

TIP: A variety of excursion boats went daily from Tutukaka to the “Poor Night Islands”. The “islands” that are not allowed to enter are perfect for diving and snorkeling. A special warm water flow, a microclimate and a millennia-old separation from the mainland have led to unique biodiversity.

The famous “Bay of Islands”. The holiday dream especially for sailors. From Pahia and Russel, the hobby sailors can sail around one of the 144 islands and anchor in countless bays. Pahia, the main hub of the Bay of Islands, offers a wide selection of restaurants, bars, hotels and leisure activities. We stayed for two days and explored the tiny islands by Pahia via kayak and hiked to the local waterfalls.

The small town of Russel offers a relaxed atmosphere with a lot of New Zealand history. Here you will find the oldest licensed pub in New Zealand – “Duke of Marlborough.” The small promenade is perfect for sampling freshly caught fish or seafood with New Zealand wines in one of the many restaurants. We bought one of the local wines and fish and enjoyed the Sunset in the Bay of Islands.

Just a short walk from Pahia center is the famous Waitangi Treaty Grounds Museum. Here on 6 February 1840 the famous contract was signed by representatives of the British crown and the Māori chiefs (Rangatira) from the North Island of New Zealand. The contract has led to many problems and interpretations since its signing. A New Zealand court once declared the contract null and void. He was never admitted to New Zealand law. Nevertheless, the contract is regarded as the founding document of New Zealand.

On the way north we departed from the highway to drive to the very beautiful “Matauri Bay”. From the hill above the bay, we had a fantastic view. We saw from there the Cavalli Islands, which is the last resting place of the Greenpeace ship “Rainbow Warrior”.

From “Matauri Bay” one bathing bay stretches to the other, like pearls on a chain. Some entrances to the bays are privately owned and must be paid. The first time we saw here bays with dirty water. We’ve heard more often that New Zealand is increasingly struggling with pollution and on this we witnessed it for the first time.

In the “Doubtless ” we stopped for the night. A huge meadow right on the beach was declared here as a free campsite. We chose a spot right in front of the beach and stayed. The days were hot, the nights clear and always enlightened by zillions of stars. Once again Captain James Cook was the godfather when he wrote in his log book “doubtless a bay”. Defying the simple name, the landscape is beautiful.

The sun was good to us at the northernmost point of the North Island. From the large car park, a well-maintained path leads to the white lighthouse, which can be seen on so many postcards. In the small square in front of the lighthouse a sign tree with destinations around the world. I love these sign trees. They connect dreams with experiences. Almost every destination had a history and people we met there: New York, Bangkok, Paris, Hong Kong, Tokyo and many more. Other destinations such as Buenos Aires, Anchorage or the Antarctic arouse longings.

A waist-high wall of stone – almost like somewhere in Ireland – frames the little square in front of the lighthouse and offers a great opportunity to sit and look out over the sea. To be exact, on two seas. We did not even have to look closely to see the cutting edge of Tasman Sea and the Pacific Ocean. A breathtaking spectacle. Due to the different depths on both sides you can also see a color difference. As if the turquoise Tasman Sea would flow into the deep blue Pacific.

To the left and to the right are probably the most lonely bays I’ve ever seen. No footprints, nothing indicates civilization. Only a narrow hiking trail leads from the lighthouse directly to these beaches.

On the way back we stopped in several places of the famous Ninety Miles Beach. The beach, which is “just” nearly 90 kilometers long, is one of New Zealand’s biggest natural wonders. It is allowed to drive on Ninety Miles Beach by car, although not recommended by any car. There are countless pictures where backpackers get stuck in the soft sand and then caught in the flood before help arrives. Of course, tourism has discovered this natural wonder. With special buses, crowds of tourists are led up and down the beach at around 100 km / h.

In the middle of the Ninety Miles Beach rise 150m high sand dunes that lead to 6km inland. Captain James Cook rightly considered the coast “desert coast”. The “Te Paki Sand Dunes” are known for the “sandboarding” and countless providers offer the trip from various destinations. Leaving behind the crowds of people on the first dune opens up a true paradise for the senses. For me one of the greatest experiences to stand on the top of a dune, in front of me the Tasman Sea, behind me the dense emerald forest and the Ninety Miles Beach extends left and right into eternity. 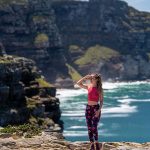 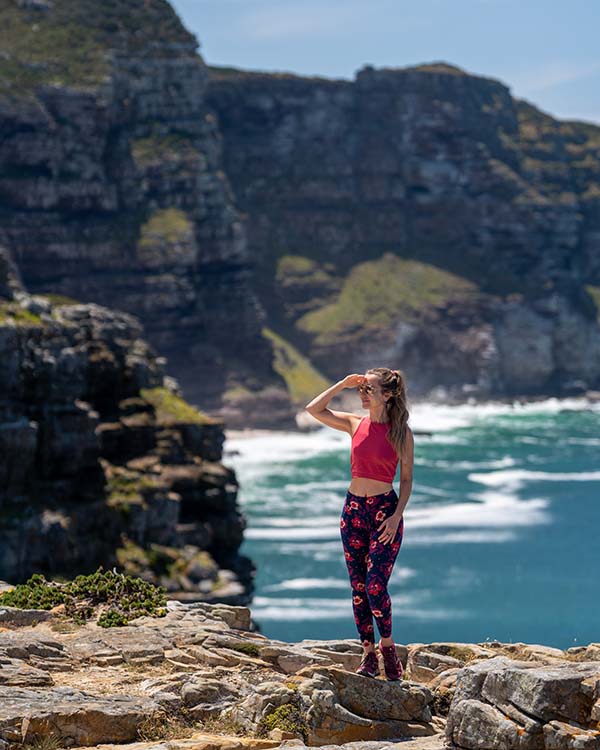