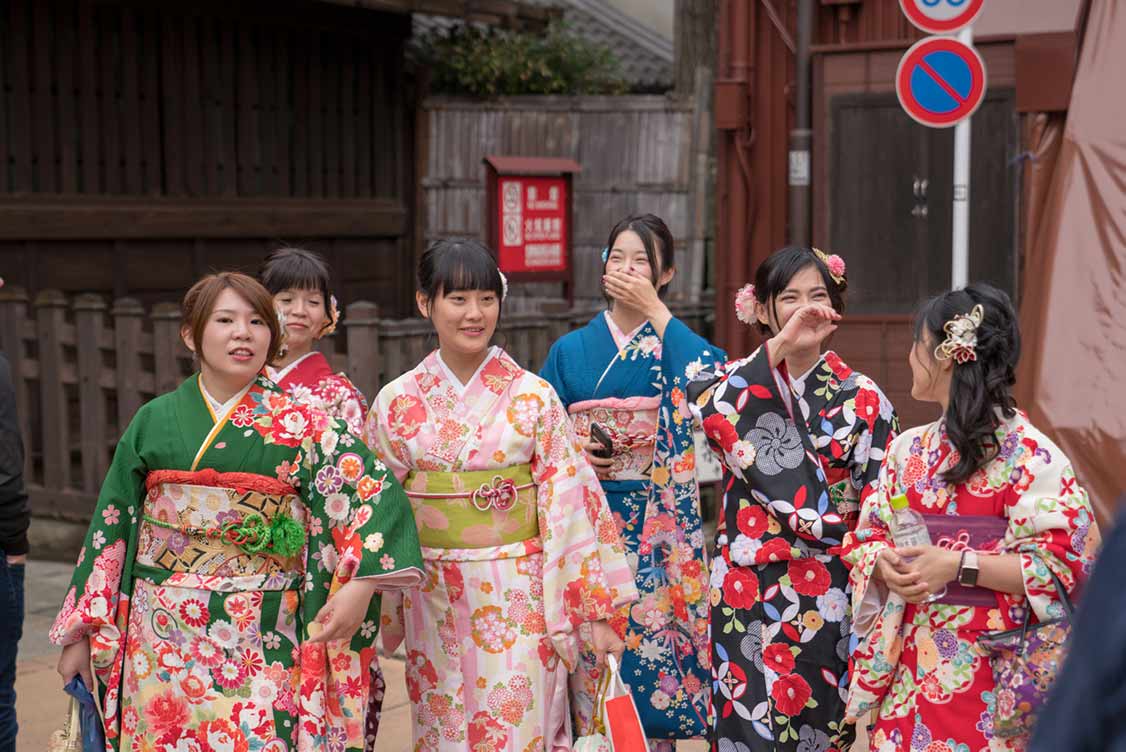 Here are our Top 17 Travel Tips for your Visit to Japan. Get a quick overview about do’s and don’ts. Enjoy ✌️

It is generally claimed that there is no credit card acceptance in Japan. For us, who grew up in a country (Austria), where not everyone automatically owns a credit card, it was not unusual to carry cash. Many restaurants, mostly the small ones, do not accept credit cards. The machines in front of restaurants and vending machines work mainly with cash. If you still want to be cashless on the road, you should get a Pasmo or a Suica Card (it does not always work out). Our tip: Always take cash in small bills – Not every facility like a bus or a vending machine has change.

2. “Take it easy” – The transport system

Understanding the public metro / subway system is not really a challenge. Anyone who has used a Metro system as in Paris, London or New York, has no problems in Tokyo. The so often complicated described fare system is identical to a zone system.

As a tourist, you do not have to deal with it anyway. For the trains, especially the Shinkansen (Bullet Train), the clever visitor has already bought the JR Railpass from home.

For the subway / metro system in Tokyo, the 24, 48 or 72-hour subway ticket is cheap to buy at any tourist information center.

Taxis / Uber / Didi / Grab are almost pointless in the congested streets and high prices. Japan is a public transport country. Good to know is that they are only available until midnight. Those who are not at home after midnight can wait until 5 o’clock in the morning, or walk or “uber” a ride.

Another small note to the taxis. Taxi doors open and close automatically and should not be operated by yourself. Watch out for the taxi doors when you are standing on the curb ?

3. Buy a Pasmo or Suica Card

The Pasmo or the Alternative Suica Card is a prepaid card for a lot of purposes. You can buy tickets for subway, the bus, a drink at the countless vending machine or even paid in a restaurants. Both cards can be purchased and charged at nearly each station. It is recommended to buy such a card at the beginning of a trip. An unused balance is simply refunded.

4. Buy and travel with the JR-Railpass

The JP Railpass is the tourist pass for rail travel in Japan. Not only that, but nearly all railways in Japan can be used, including the famous Shinkasen, the Bullet Train – the fastest way to travel in Japan.

The Railpass can now also be purchased locally. Until a few years ago it was only possible to order the Railpass outside of Japan. After ordering online at the countless providers (the price varies only slightly), the voucher will be sent to the specified address via express service. I recommend the Railpass to buy the old way and to be sent before arriving in Japan. There are more places where the Voucher / Voucher is redeemable than to buy the Railpass itself.

The period of validity is decided upon purchase. The Railpass is valid after the voucher / voucher is exchanged with the Railpass. A break in the duration is not possible. We recommend to exchange the Railpass – on arrival in Tokyo – only at the end of the Tokyo stay, because in Tokyo the Railpass is only limited usable. A 24/48 or 72 hour subway ticket for a few dollars makes more sense and takes you everywhere. So you can save valuable days of your pass.

5. “Where am I?” Or navigation and Wi-Fi availability

There are no Google Maps offline maps available in Japan. So if you want to navigate with Google Maps in the streets and rural areas, it is good to buy a mobile hotspot or a SIM card (cheaper). WLAN hotspots can be found everywhere in Japan in every city (Starbucks, 7-eleven, etc.)

Always take a business card from your accommodation. In an emergency, you can show a taxi driver or a subway employee the map where the address is written in Japanese.

6. Google Translate is your friend

We recommend everyone to download Japanese offline in Google Translate, so on rare occasions when no image or English translation is available, the translator can be great to use.

English is not a spoken language in Japan. It is not that nobody could do it. The problem is the type of teaching. The main problem with teaching English at Japanese schools is the complete lack of speech. The level of English taught at schools is essentially limited to “reading” and “writing”.

Shyness is part of Japan’s national character and the accompanying “communication skills”. In most cases, when confronted with the question “Do you speak English,” the Japanese will not answer or cross their hands to an “X”.

8. “Is that my room ?!” or accommodation and overnight stay

In Japan, accommodations differ mainly in whether a bathroom or toilet is in the room. Standard is meanwhile, that in a room a toilet was accommodated. The bathroom is shared. In rural areas, it is common to share bathroom and toilet with other residents. Sleeping in a dorm is normal, and is not a hostel thing. The room sizes vary from 8sqm to 25sqm (the latter is already the luxury option).

When you enter a Japanese house / room, leave the outdoor shoes at the door or in the designated area. Wear slippers offered by the host. However, take off your slippers when you enter a room covered with tatami floor. Tatami mats should only be walked on barefoot or with socks.

In a country where cleanliness is everywhere, the lack of soap dispensers in many public toilets is surprising. To avoid not having running water or soap after using a public toilet, buy a hand sanitizer on arrival.

10. Be your own mobile trashcan – take a plastic bag with you

There are no trashcans in public spaces. No joke. According to some articles, the removal began in 1995 as a counter-terrorism measure. The only trashcans that can be found are managed privately. So for example by a 7-eleven or by a restaurant, etc ..

Cars go left in Japan, which is often not easy for pedestrians. So look in the right direction when crossing the street.

In some cities (eg Tokyo), people follow traffic and are left, but others (eg. Osaka) are expected to be on the right. So it’s more of a consequence than a rule. Are you the first on an escalator – give the direction 😉

We have heard this statement so many times and probably apply to every country in the world. Japan is just as expensive as you want it to be. Food is around 300 yen (Udon in Akihabara) and also around 20,000 yen and more (Kyo-Kaiseki in Kyoto). For overnight stays it is about the same.

Bow to greet a person. Bend your body 15 degrees for a casual bow. If it should be more formal (eg for older people) bow lower (up to 90 degrees)

In Japan, you can wear and wear almost anything, but do not show your tattoos. Tattoos are not socially accepted in Japan, no matter how pretty they may be. Most onsen (hot springs for swimming) may only be entered without tattoos.

Do not tip anyone. It is rude and unacceptable. An exception is a high-end ryokan. There is one person “assigned” to your room in a “real” ryokan. You type this person by placing your money in an envelope and handing it over with a bow to the person.

BTW, a ryokan is a kind of traditional Japanese inn that has existed since the 8th century. A ryokan usually has tatami mats, shared bathrooms, and other public areas where visitors wear yukata (which is the same as a kimono, made only of cotton instead of silk).

16. Put your money on the tray

When paying in a shop there is usually a small tray on the counter. If this is the case, put your money on the tablet instead of handing it directly to the cashier.