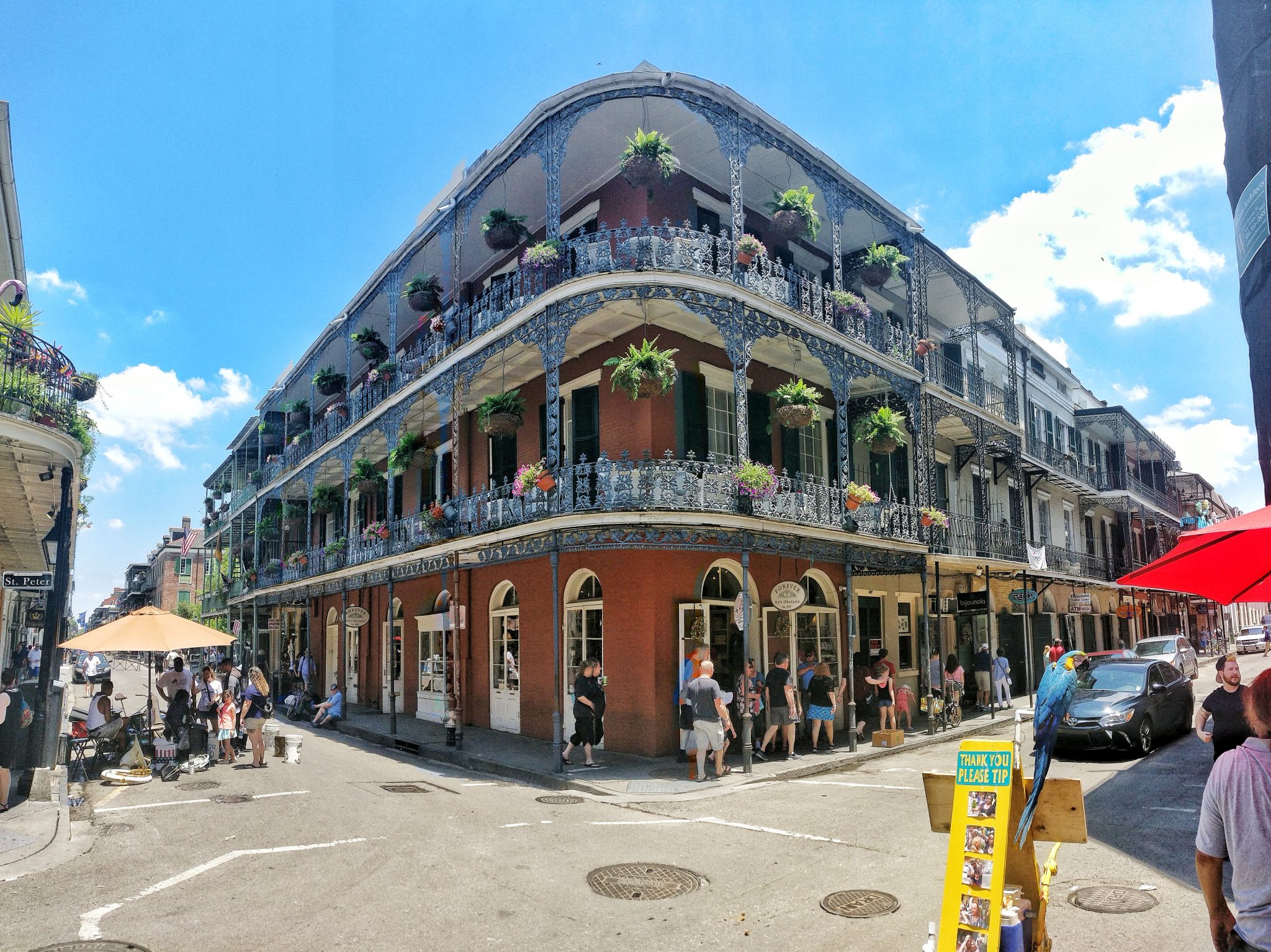 New Orleans is a city built on stories – the dark, the crazy, the unbelievable, the eerie, the creepy, the beautiful, and all seem to be exceptional. As many different people here, so different is the city known. What unites all the views, is the good food and the music – more precisely – the jazz.

As with all must-see cities, New Orleans polarizes with its own vibe. It is one of the cities that is different, like San Francisco, Paris or London. Although the city is very young – by European standards – at the age of 300, it is full of history that lasts for a millennium. Not always the best but definitely worth dipping into.

We arrived New Orleans at 37 degrees Celsius (99 Fahrenheit) and about 80% humidity. We had fun at a festival told to us by our exceptional neighbors on our RV Park, where they took part in a self-built float; experienced a storm that turned many New Orleans streets into streams and flooded some building;  strolled through the crazy French Quarter and enjoyed the bars and restaurants of Magazine Street, stood in front of the oldest gates of the most famous cemetery, and saw the modern side of the city in Uptown. As a grand finale, we admired a sunset over the Mississippi from Audubon Park.

Jackson Square, for many the heart and soul of the French Quarter and definitely a must-see. In the center stands the statue of Andrew Jackson, the 7th President of the USA and hero of the Battle of New Orleans (1814-1815). Fortune teller, tarot card depositor and artists of all kinds have set up around the square. The square is framed by the famous Pontalba houses, built by Baroness Pontalba in the 1840s. The annual streetcar-named-desire inspired “Stella! Shouting Contest” takes place here as well. Anyone who is as good as Marlon Brando can prove it every year at the Tennessee Williams Festival. Oh well, let’s not forget, at Jackson Square is the St. Louis Cathedral, the oldest in the USA 😉

While Bourbon Street is a playground for drunkards (very nicely expressed), the music scene moved to Frenchman Street. Clubs like “d.b.a”, “Snug Harbor”, and “The Blue Nile” attract famous – and those that are – jazz bands. The restaurants in Frenchman Street are a lot better here than on Bourbon Street.