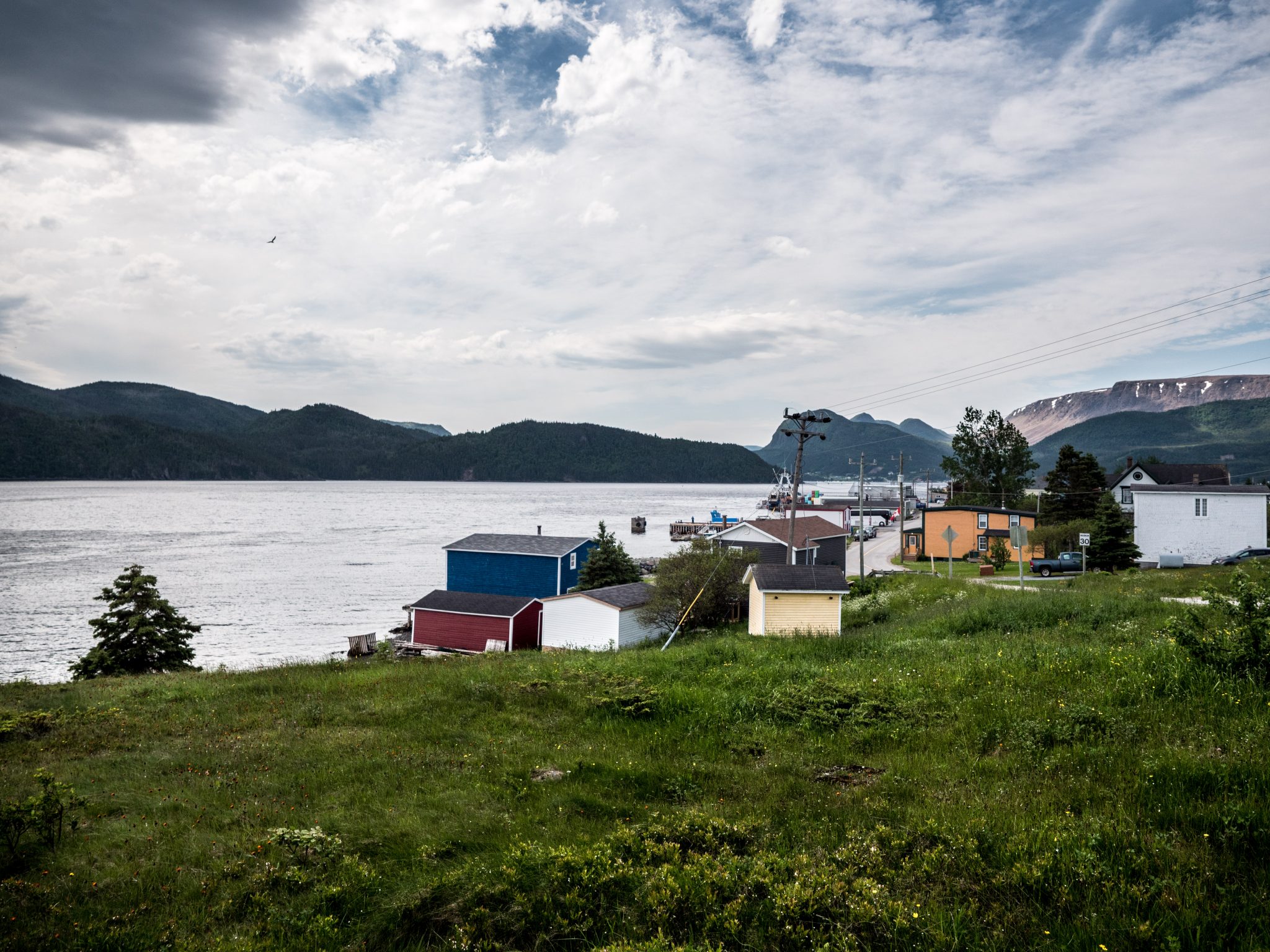 Newfoundland and what happened so far

Blog, North-America
The “nausea” patch has been stuck behind my left ear for 15 hours. We are on our way to Newfoundland. The first 30 minutes of the 7-8 hour crossing, I thought, that the patch was chosen exaggeratedly. Can you blame me? After being one of the rare specimens that gets sick on an inflatable mattress in the pool, in the longest boating of my life so far, I choose the strongest thing i can get ?.
Then, as soon as the ferry left the protective bay of North Sydney in Nova Scotia, it happend. The ferry was whirled around like a toy duck in the bathwater of an active baby. Following the advice of “always looking at the horizon” turned out to be difficult – where was it, the horizon? Up or down? No, left ;-). Going to the bathroom was like running a high ropes course with serious alcohol level – adventurous. 5 hours left. Not drinking too much.
I wondered what I would have done in Leif Erikson’s time if I had been part of his team? Without patch, he and other Vikings had “discovered” and settled the island about 1000 years after our era. At L’Anse aux Meadows (easy to pronounce as you write it) you can experience disguised Newfoundlanders in the replica village.

We set our feet ashore a bit further south in beautiful weather in Port-aux-Basques and soon after witnessed our first sunset in the easternmost province of Canada.
Hand on heart – who knew where Newfoundland lies? The island, which is larger than Austria and with about 500,000 inhabitants is not densely populated, has only 3 “good” months of travel (June – August). The rest is winter. So it is 😉
At the same time we headed for the most famous point, Gros Morne National Park. It is one of the most scenic areas in North America and became a UNESCO World Heritage Site in 1998. We will see …
Many wondered already at the beginning of this post, why was there no post for so long? One reason is certainly that our travel speed has increased rather than slowing down. The other reason was that the last entries were more like a guide’s chapter than a travel blog. For example, my unpublished entry about New York City could have become my own travel guide.
P1166518
P1166717
P1166525
P1166358
P1166545
P1166746
P1166697

What has happened since Washington DC?

We visited Philadelphia and experienced the capital of the world (I mean New York City – yes, NYC not London ;-)). Walked along the Freedom Trail in Boston and visited Harvard, which I finally wanted to experience after numerous courses on EDX and HarvardX. Explored Cape Cod and Martha’s Vineyard, which is visited by wealthy and famous Americans every year, haunted by millions of tourists, and eventually drove to the only National Park in Maine – the Acadia National Park – where we hiked Canada Day ( and that in the US) and ate our first lobster.
After 26 states in the USA we reached Canada again after more than 5 months, this time in the East. New Brunswick was our first stop, then on to Nova Scotia. We drove along part of the Capot Trail on Cape Breton, the northernmost part of Nova Scotia. According to the travel guide of one of the most beautiful roads in the world. We decided on the 42nd birthday of Nina without further ado to ferry to Newfoundland.

As beautiful and diverse as the South and East of the US was, there was nothing (except New York City) that could hold us longer.
People, land and the culture of the individual states can not (in our opinion) compare with the charm of the West Coast. All too often we compare the places visited with the West. A mistake, yes. Compare has nothing to do in travel, you know, but all say, right? Being in the here and now is the motto, but the next planning is always on.
Where do we sleep today, where do we refuel tomorrow, where do we buy groceries? How flexible is the next stop if we like it here? Where is the nearest WLAN? What’s the weather like? What can be done in which weather? At this point, right to those readers who think “there is no wrong weather, just the wrong clothes” – ever slept at 45 degrees Celsius in the car without draft, fan or air conditioning? Or have you ever kayaked on the sea with 3 meter high waves? ?
Who liked this post, please like us on Facebook, Instagram or Twitter, share with your friends and leave us feedback in the comment section. Thank you. Would you like more about us, visit our About us site.