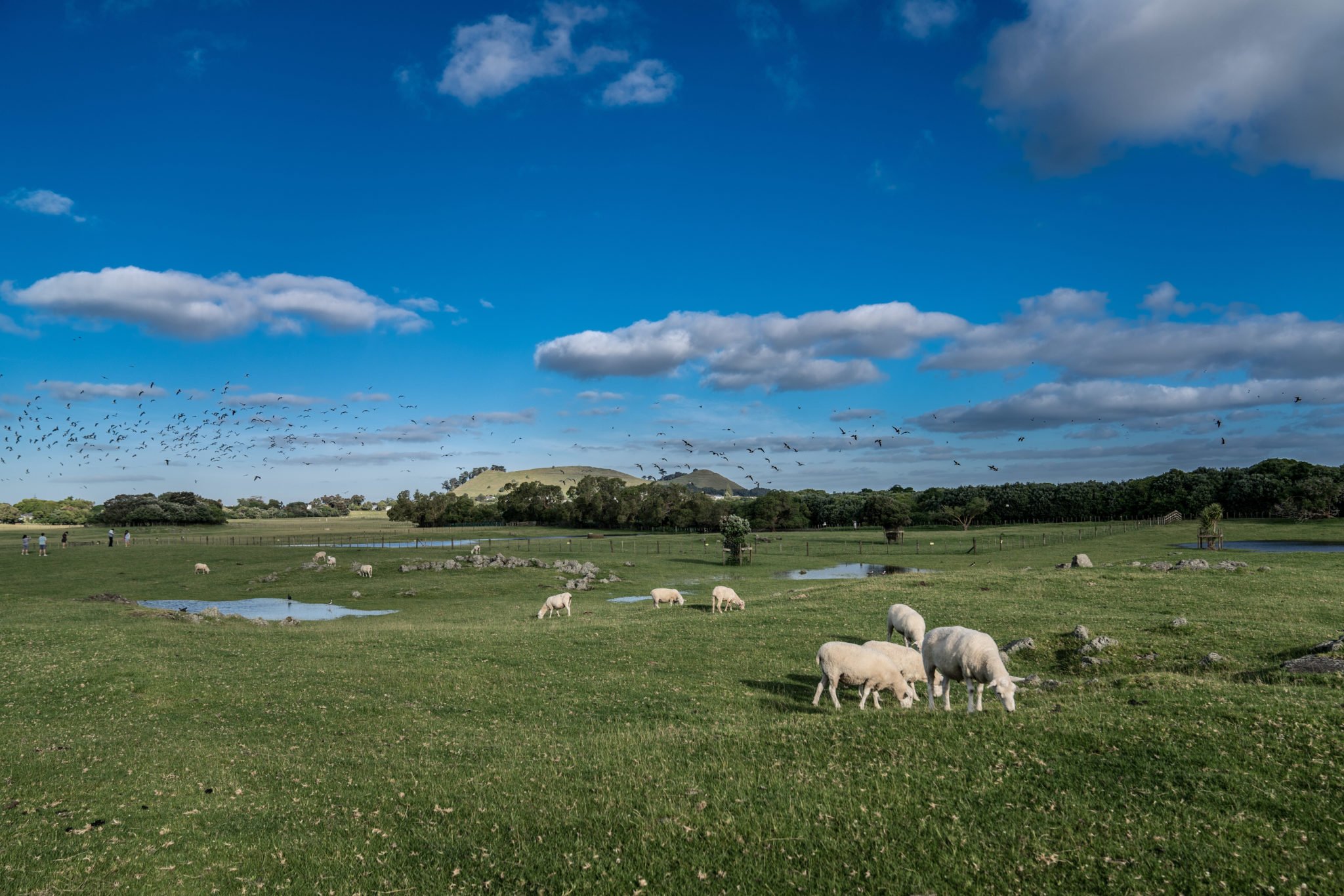 Hi readers. Sorry :-). And as always, a lot of time has passed since the last entry. A. Lot. Now there is an update from us – from New Zealand. More specifically, we are at the southern tip of the South Island. But later more.

New Zealand. Hearing this name, the hearts of many Europeans beat higher. The view becomes unclear and vague. A smile conjures up in the face and stories of future adventures flood the imagination. Pictures of million , endless meadows, kiwis, mountains, hobbits, elves and dark ragged creatures with poor dental hygiene; -) (I’m not talking about the classic backpacker, but about orcs).

For those who do not know: The movie version of the successful books by J.R.R Tolkien “The Lord of the Rings” and “The Hobbit” were filmed here.

New Zealand, divided into two islands, is a bit smaller than Germany (357,386 km2) with 268,021 km2 and only a fraction of the population with only 4.9 million inhabitants (Germany about 83 million). Even more interesting is that about 2 million live in Auckland, the largest city. If you now consider that on the North Island live 77% of all inhabitants of New Zealand, is left very little for the larger South Island.

Our arrival – And how we got here

We arrived in Auckland at the beginning of the summer. So in mid-December. As we were repeatedly assured by the locals, it was a cold and rainy summer.

What we haven’t told you since the last blog entry is, we visited a few countries in Asia. After Japan, we flew to Hong Kong to visit a friend and discovered the city and the surrounding area. After that, we went on to Thailand, where we made several stops. Continue to Singapore and then to Bali. From there to New Zealand. Not so much – right?

We buy a campervan

After this experience in Japan and Southeast Asia, we finally wanted to have a home on wheels again. We need a campervan. We quickly decided. Buy a campervan and travel through both islands. New Zealand is a camper country like no other. It is haunted by throngs of backpackers. All of them buy a small campervan and travel the country. Often there are free overnight possibilits for campervans for one to three days (in rare cases longer).

There is only one requirement: the campervan needs the certificate “Self-Contained”. In other words, the campervan had to have a toilet (camping toilet) and at least 25 liters of fresh water and an equally large greywater tank. After a few other details,the camper is considered Self-Contained. You get an entry in a database, accessible to the public and you are ready to go.

We quickly learned that there are two types of . The normal – RVs and the slightly smaller campervans, such as a Mercedes Sprinter, Fiat Ducato, etc.. And then there are the other – the minivans who offered on 4sqm at the body size of a hobbit everything the claustrophobic heart desired: bed, kitchen, toilet, and a living room. That was THE CAR of the backpackers and the Work & Travel people. They lived in these vehicles for up to a year.

Wild romantic in heart, we wanted one of these backpacker vans for about 8000 NZD (about 5000 USD / EUR). The selection in Facebook groups was overwhelming. There was even an own backpacker car fair, where these cars were offered at even lower prices such as 2000 NZD.

We noticed after a few car tours, that some of them were moving junk with rusty exterior and chaotic interior. Most wooden constructions, let’s call it the simplicity “furniture” looked terrible. Which should not be surprising, considering that most backpackers with the worst tools build their campervan in a car park of a home depot.

The average year of construction of the minivans was 1995. Some 1990. Nineteen ninety-nine. That means 29 years. Now do not imagine a romantic vintage car. It’s a rusty something on four wheels. The cars change owners every 3-6 months. So there are a lot of previous owners. Over the years had been refurbished. With a few candles and now and then with a new duvet. All in all, all sorts of diseases promised. Included.

Then there was the engine. Following words of trust we heard: “Just when it starts to stutter, a liter of oil in,” or, “If the oil is completely colored, you would have to change it,” or, “If the needle of the temperature display goes over the black line – he pointed to a line he had placed on the plexiglass with a marker – be sure to stop and top up with water. “And much more, it was awful, so we decided to build a campervan by ourselves.

We build a campervan

First find a suitable van. The first days we were still on the Toyota HIACE rail, since this was THE backpacker car. I had to admit after a visit that I was bigger than the average hobbit and thus completely unsuitable for the dwarf vehicle.

So we looked for a Mercedes Sprinter, Fiat Ducato and others of this size with a high roof. The selection was tiny. Especially if the year of construction was after the year 2000.

Finally we found two VW Crafter, both seemed suitable. We opted for the more expensive, the younger (built in 2014) and the most well-kept van.

We signed the contract. On Christmas Day. Merry Christmas to us. The transfer from our European account lasted forever. Every day we asked our dealer if the money was already there. Straightforward and friendly, we got a free rental car from the dealer until the money was in the account. So we saved the rental car..