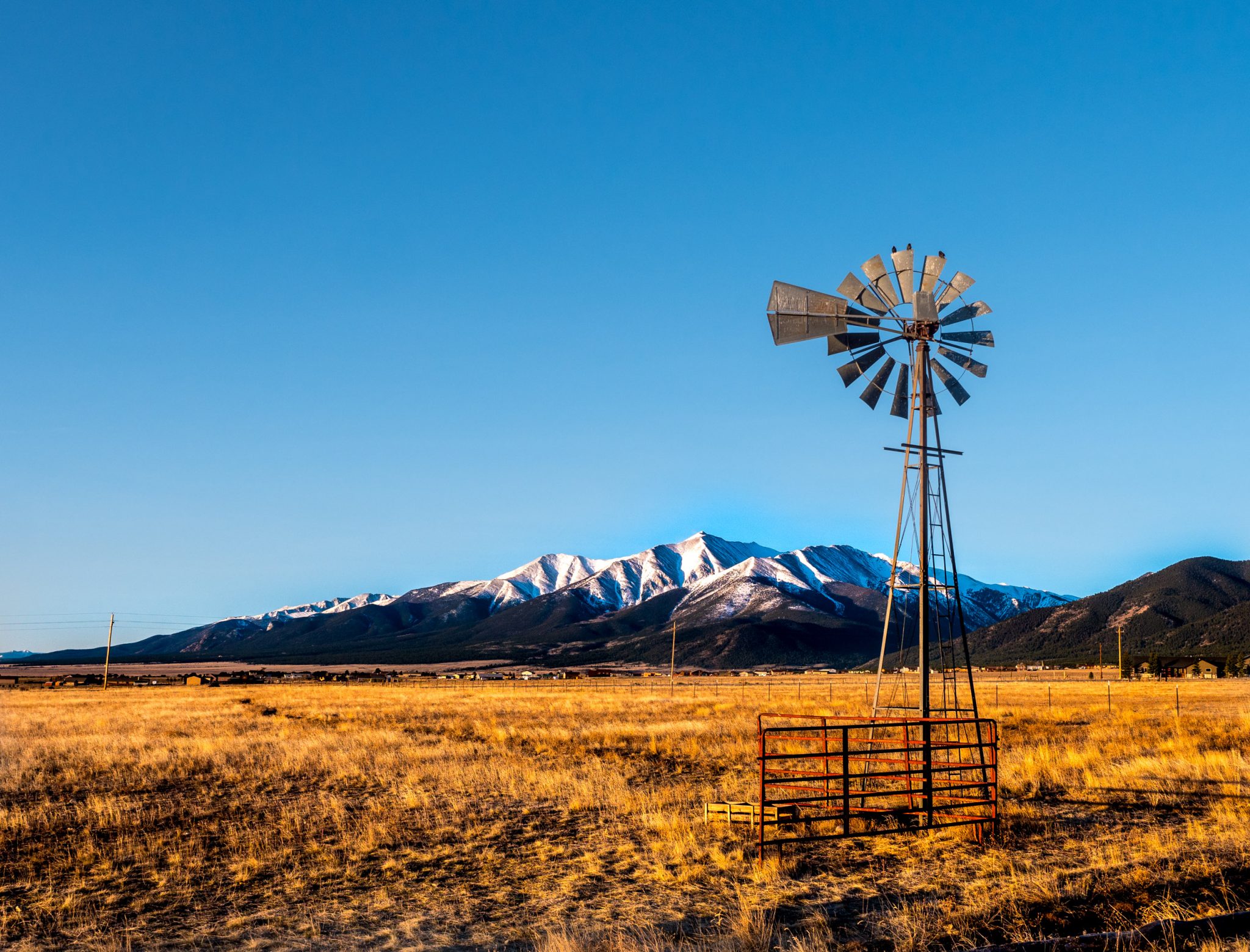 After saying goodbye to Jeff and Melissa, it was time to say goodbye to the canyons and Utah. Our trip would take us next through Colorado to their capital, Denver. 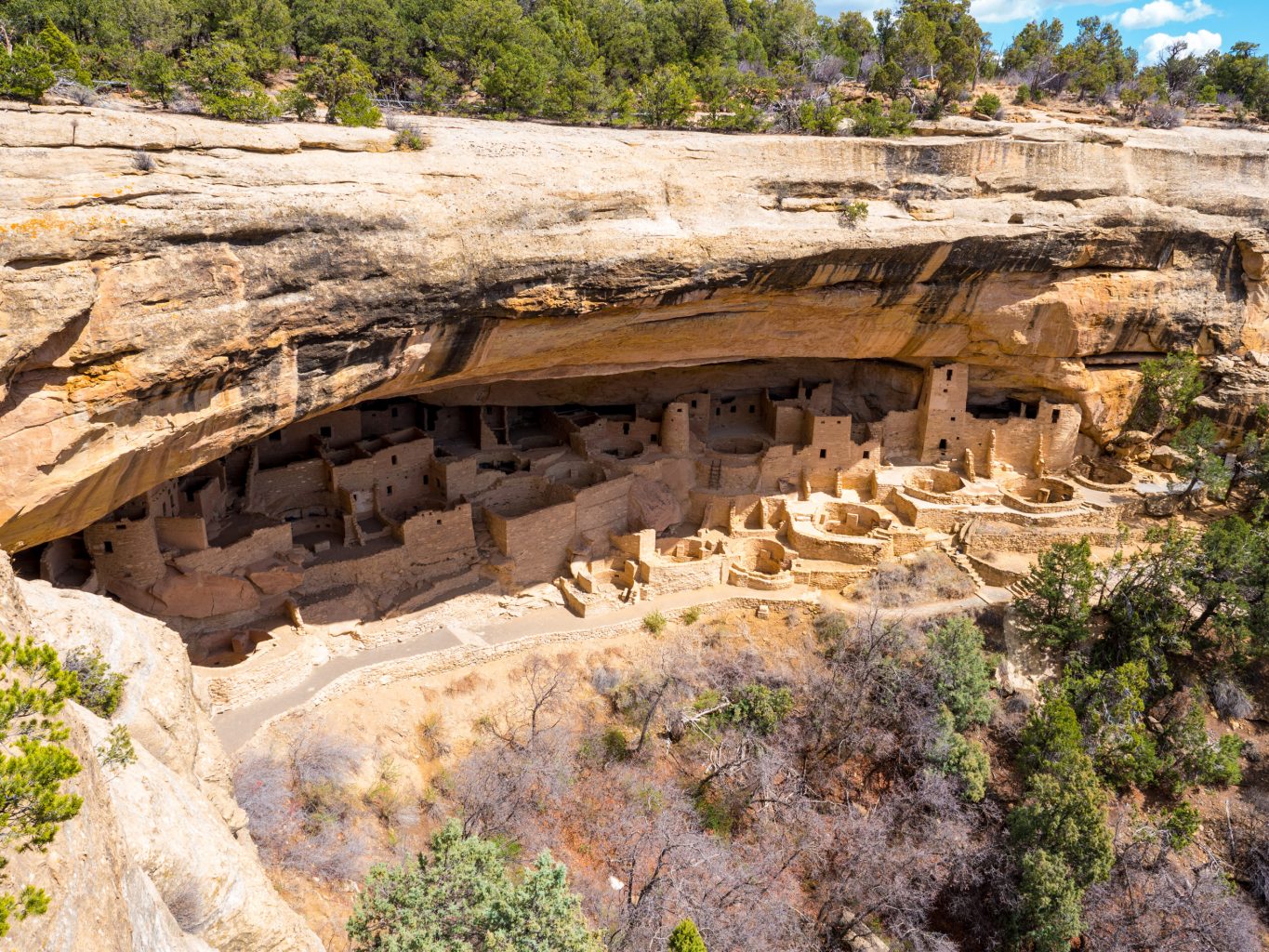 Our first stop was the famous Mesa Verde National Park in southwest Colorado. The national park, which we found to be the first without visitors, is known for the well-preserved rock towns of Anasazi. Today the Anasazi are called “Paleo-Indians”. In the 13th century, the Anasazi left after 700 years of settlement, the Mesa Verda, why has not yet been clarified. Blame is once again the climate. This also affected us, as it was only 5 degrees Celsius (41 Fahrenheit). In addition to the wonderful view, a strong and icy wind accompanied us.

In Durango starts the “Durango and Silverton Narrow Railroad” train. This was originally used in 1882 to transport silver and gold mined in the San Juan Mountains. Now it is a tourist attraction. We skipped this two-hundred-dollar adventure. Visitors told us that it is wonderful to ride the old train through the narrow valley.

The Historic District of Durango is impressive. Bars, restaurants and boutiques lined up on Mainstreet, all Western style. What did not really want to fit Wild West Idyll, were the many “intoxicated” people. These were just the beginning of the marijuana scene in this state. We just did not know it at the time. We got a foretaste of the strong consumption of marijuana here. 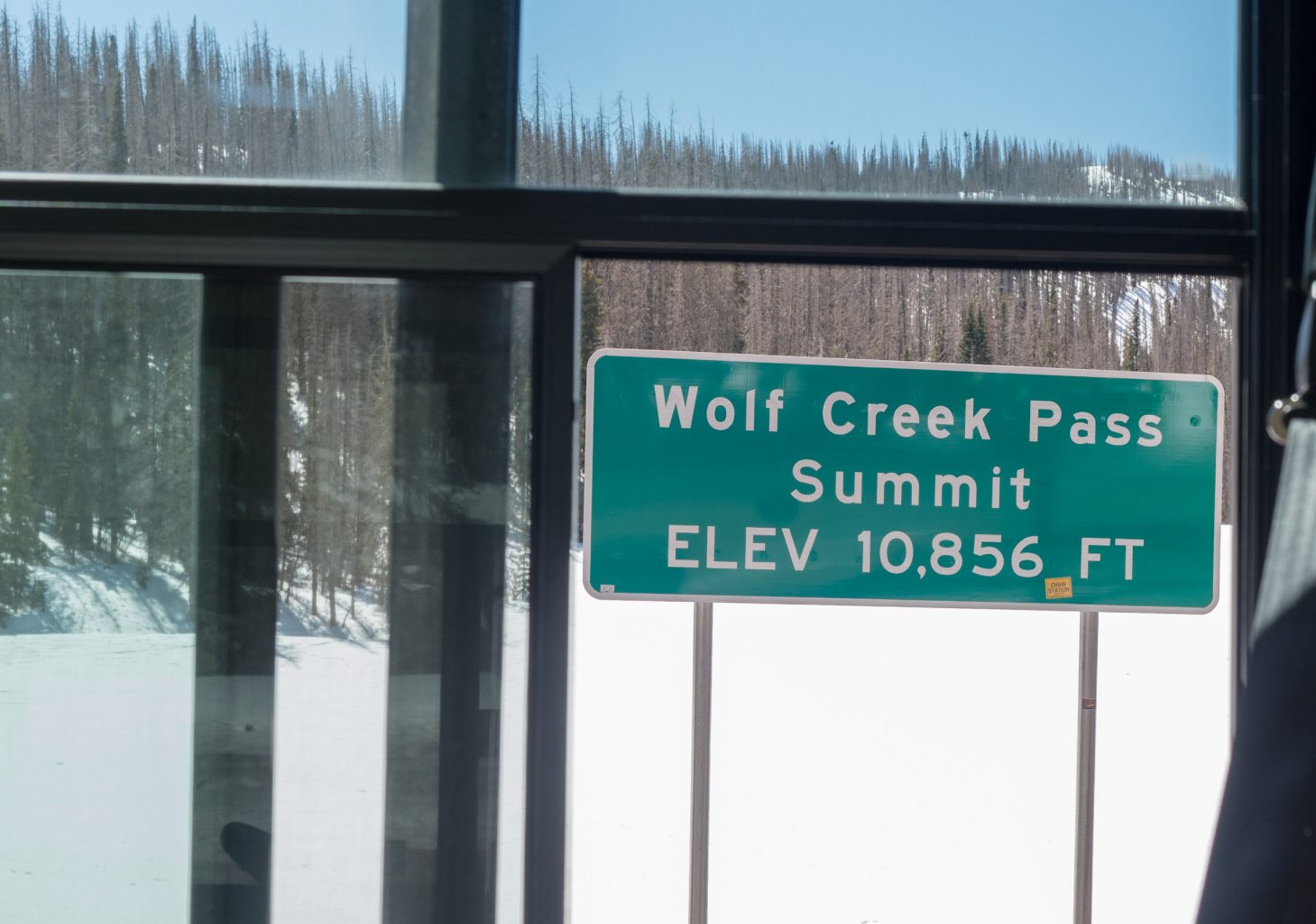 At 11904 feet (3628 meters) we reached Wolfs Creek on the way to Colorado Springs the previous “highlight” of the journey. Neither I nor Nina had ever been so high before. Soon it went down to 3000 meters, but the short time and especially the fast “rise” caused a headache.

A beautiful view. That’s exactly what it was here. Snow-capped mountains, in front of it the wide prairie. We stayed at a Goat Farm and admired the sunrise on the snowy, lonely mountains. The place fascinated us in a strange way. There was the old part that probably existed here for a long time and looked like most American small towns. Then the new part, which was full of houses that were recently built to look “old”. This new part just started somewhere, the houses, the street lights, the sidewalks, the road and ended up just like that again, then came the “gravel road”. Only about 500 meters long was the new district. 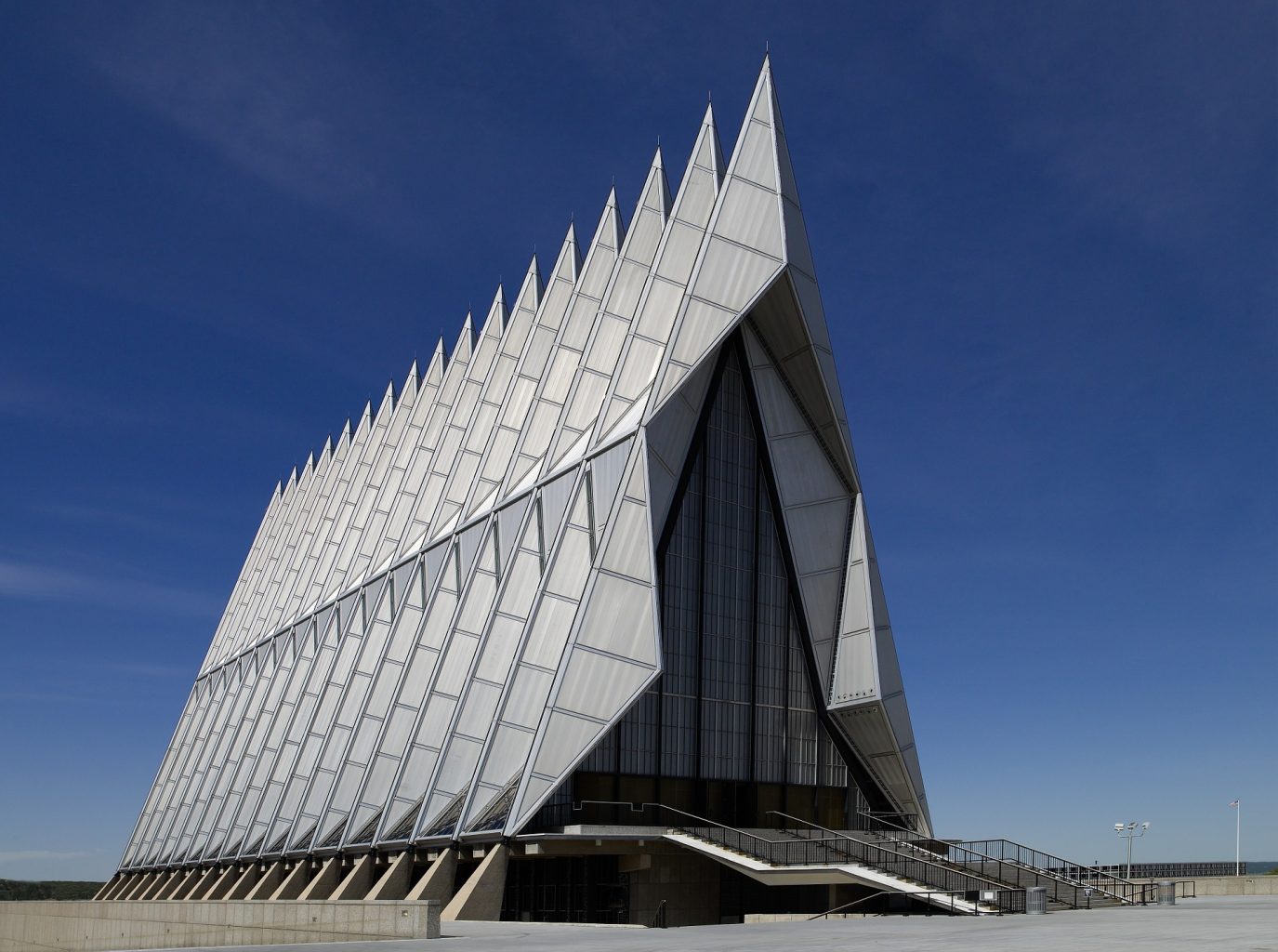 At an average of 1,800 meter (6,000 feet) above sea level, Colorado Springs is about 200 meters higher than Denver. The whole city seems to be populated by the military. Many Air Force facilities are located here, including the well-known NORAD headquarters, as well as the Aerospace Defense Center. Probably the most famous facility is the Cheyenne Mountain Complex, a huge bunker built in 1961 to protect against nuclear attacks. The Cheyenne Mountain Complex is mentioned in countless films, series and games or serves as a venue. (eg Independence Day, Call of Duty, Terminator, Stargate, etc.) 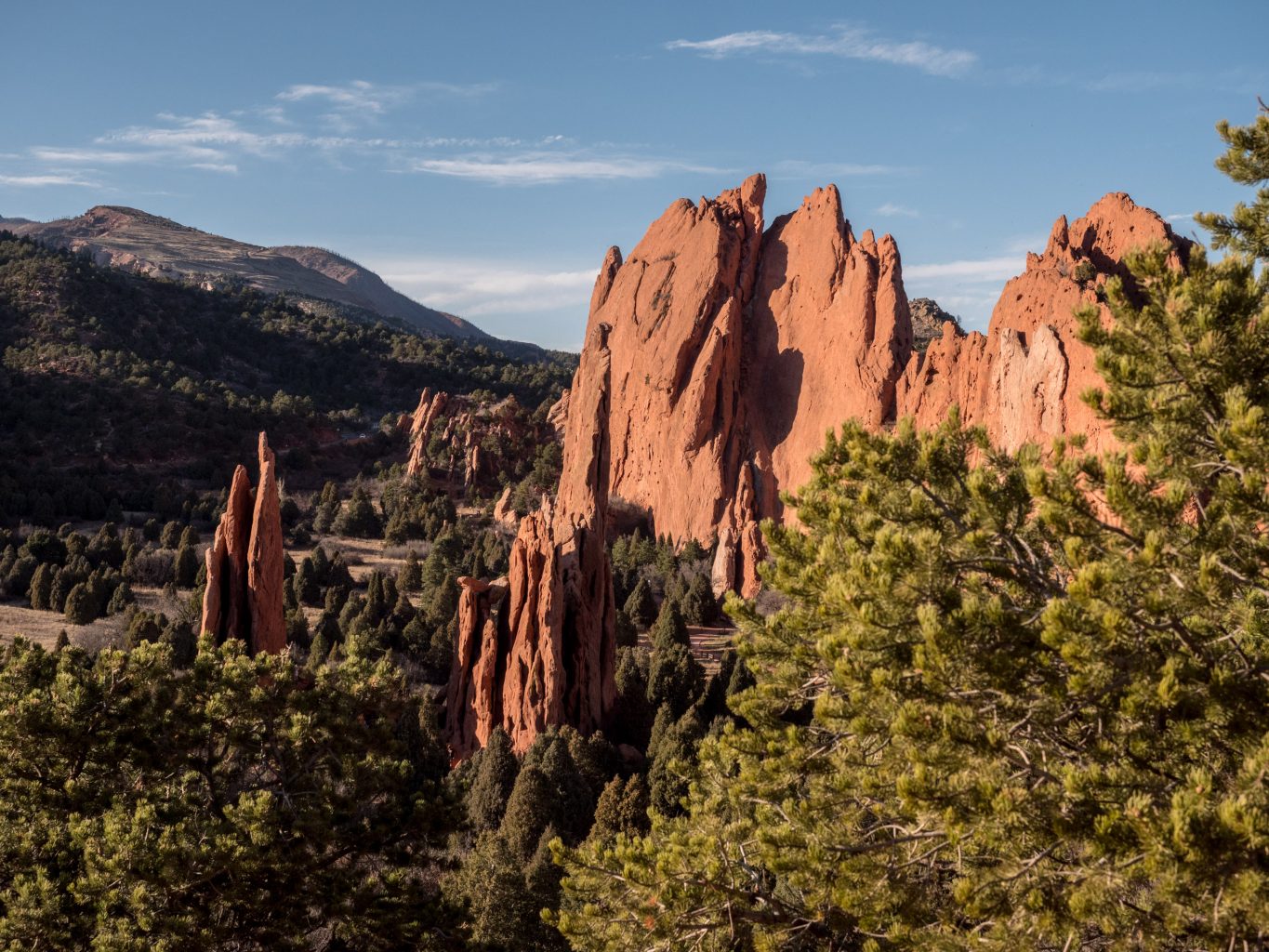 Garden of Gods is a 5 km2 (1,367 acre) area outside Colorado Springs. It was declared a National Monument in 1971. The red, orange and brown rocks are a “remnant” from bygone times. Nowhere in many miles are such rocks visible. As if the “gods” had smiled while cleaning up 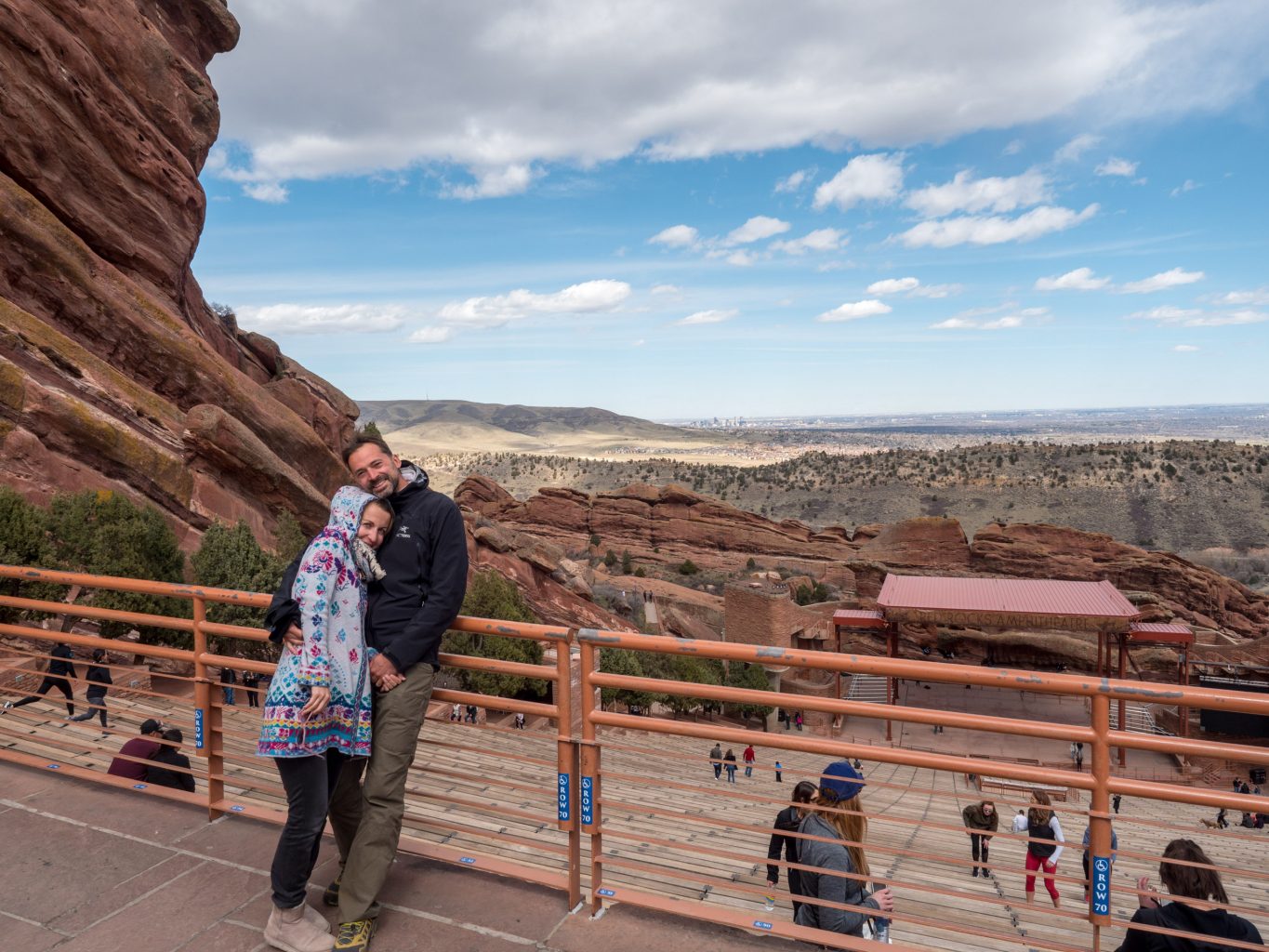 The Red Rock Amphitheater, a few miles outside of Denver, is probably the “open air stage” of the world. The acoustics amidst the sloping rocks should be unique. The most famous musicians and bands in the world performed here since its founding in 1941. Whether the Beatles, U2 or Willie Nelson, concerts are performed here almost every day. We were lucky and could visit the theater without an event and marvel at it.

For the capital of Colorado – Denver – I would eventually write a separate post. So much for now, Denver Downtown pulsates in its own way: restaurants, bars, nice boutiques, surrounded by illuminated skyscrapers from different eras.

Some places like Rocky Mountain National Park, Estes Park and Boulder will have to wait for us, too much snow and too bad weather prevented the visit.

Special thanks go to Olga and Dmitry. Two wonderful people (actually five with their three charming children) who welcomed us for our time in Denver, showed us around, fed us and took us to our first American birthday party (Happy Birthday Conrad and Thanks Jenn, that we were allowed to come along). After the “goodbye”, it is again “Buckle Up” and to Kansas!