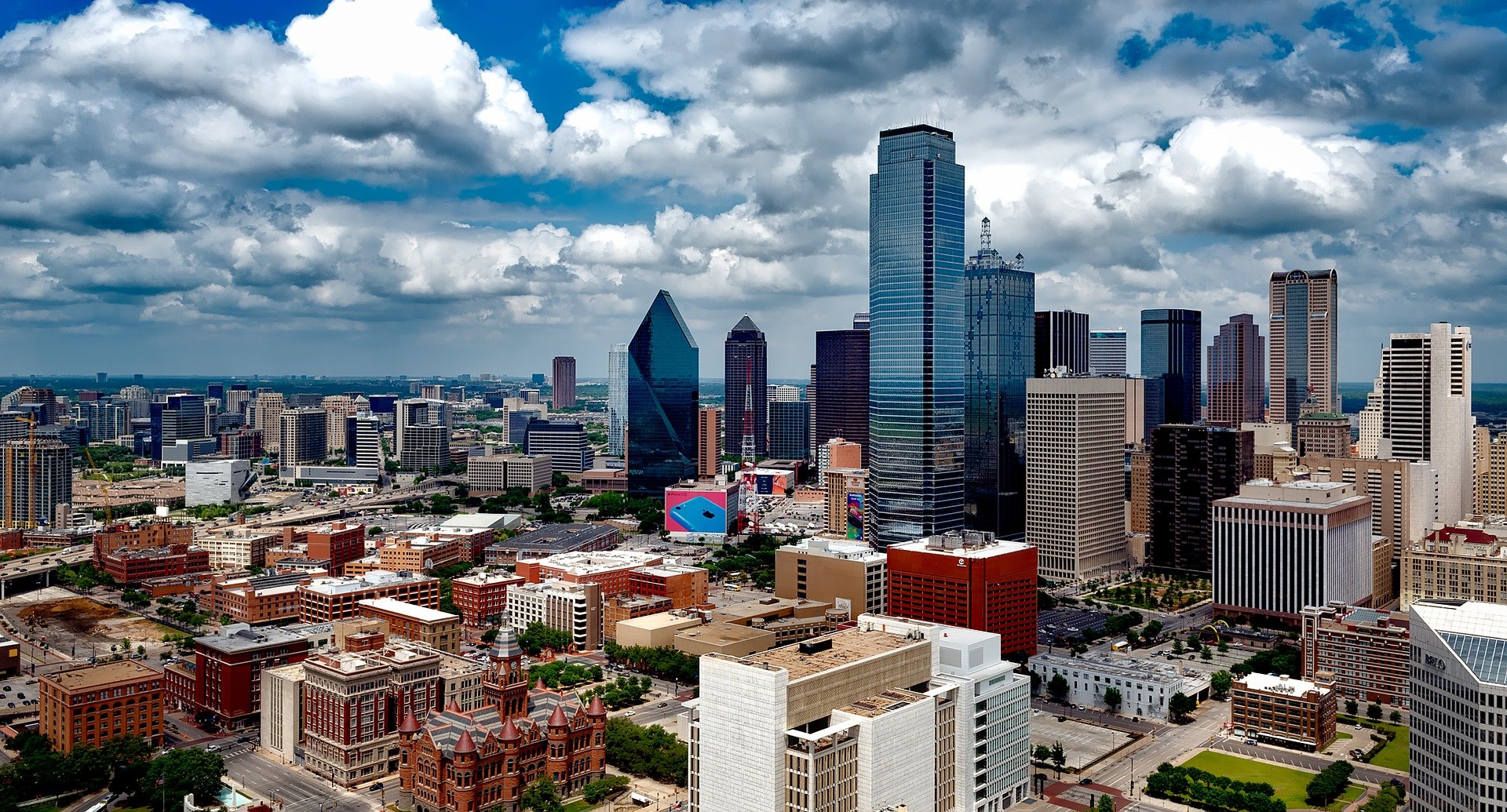 Next Stop: Texas. Deepest province, and rude people, arid landscape of cattle herds, dirty cities, all and more, we heard on our trip across the USA. None of that happened. Texas welcomed us with green fields, lots of water, flowers, sun and friendly people. To understand the slang, however, takes some time ? 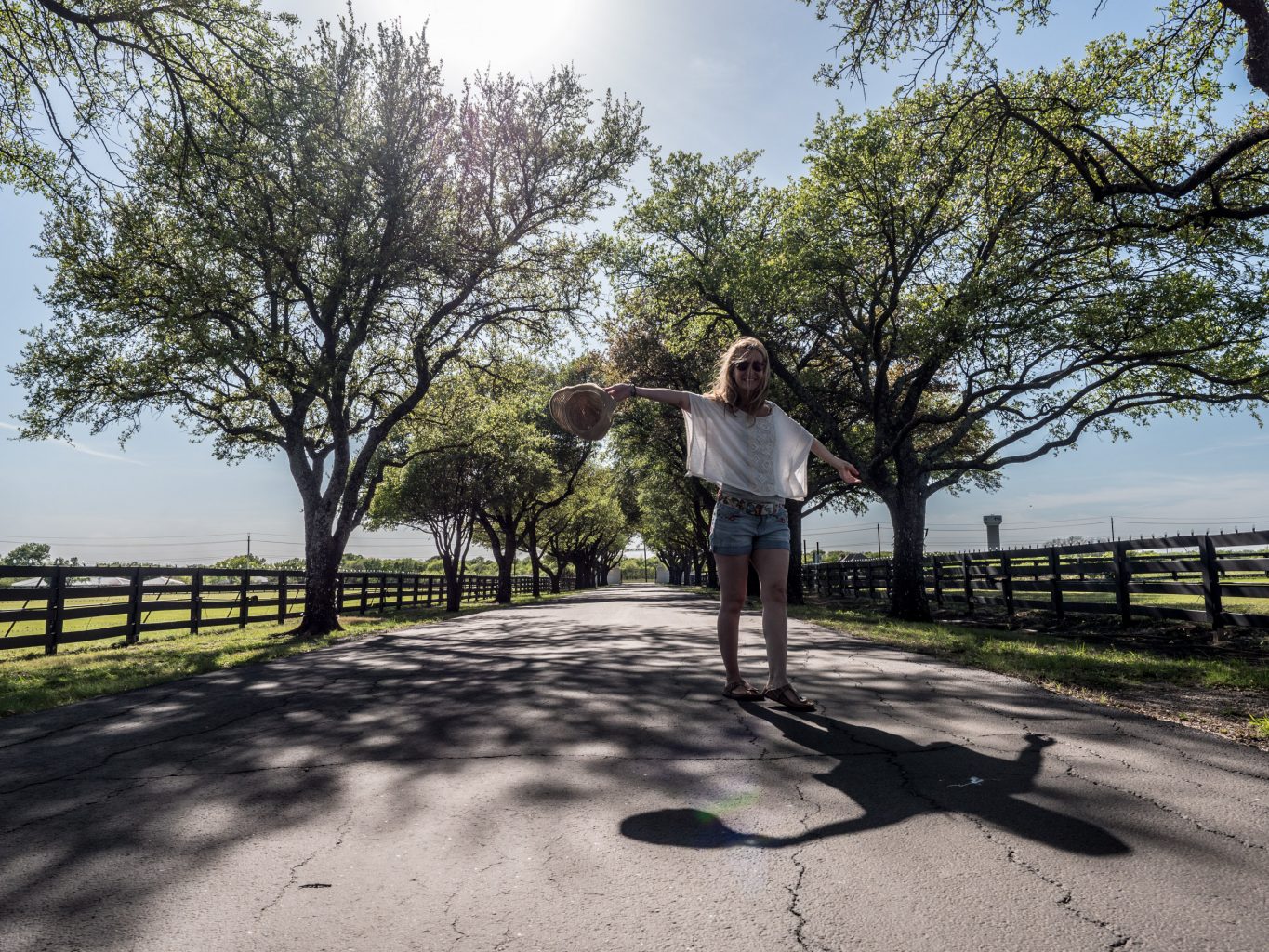 Our first destination was Dallas. Better the South Fork Ranch. On this famous ranch, which only tells the elders among us, all the outdoor takes were made to one of the most successful television series of the 80s – Dallas. For those who do not know Dallas: LOL. As old as the series was, so designated and used up was the ranch. While we waited for the start of the tour, we strolled through the outdated shop and the museum. It contained pictures, original scripts with handwritten corrections and newspaper clippings on the walls. One highlight was the photographer, whom I thought was a leftover from the series that was simply forgotten here. He was slim, with black tight jeans, a black cowboy shirt, and a black cowboy hat on his white cropped and tousled hair. He was “consumed” in a strange hollywood way. Deep dark circles and wrinkles on his sun-tanned face told the story of a moving life. He looked as if he had looked too deep into the glass yesterday (maybe just an hour ago). That he was not fully present proved that he did not remove the lens cover on our “Dallas souvenir photo”. On the second try he noticed after the photo that he had not inserted a memory card and so our Dallas photo went with our fancy plastic huts from the Far East, in front of an oversized and slightly yellowed J.R. Ewing, in literally into the void.

The tour we did with two other couples on a big trailer, which was pulled by a tractor. The trailer was probably designed for about 50-70 people. Our guide entertained us in a slang almost incomprehensible to us by telling the story of Dallas. The tour was continued by a lady, let’s call her Maggie (forgot her name :-)) in the “House of Sue Allen”. I felt like I was in a luxurious edition of a Howard Johnsen hotel. The funny thing was that at the South Fork Ranch only outdoor takes were shot. Thus, all the rooms in the house were replicas of a Hollywood studio set. Very strange ?

Renate, a flight attendant with German roots, who was with us on the tour and currently lives in Houston (originally our next destination) recommended us to skip Dallas, but not to go directly to Housten, but to take our way through Austin and San Antonio , (The little detour turned out to be a 500 kilometer detour – but it was worth it). And so we changed our tour and drove to Austin. What a certain irony involved, since we originally wanted to meet in Austin with our friend Tobias, but it did not work for several reasons. One of them was that it was too far away.

Dallas is one of the fastest growing cities in the US and grew big with oil and cotton. Probably the most famous day in Dallas was November 22, 1963, when Lee Harvey Oswald murdered John F. Kennedy.

Four hours later we arrived in Austin. We stayed at a beautiful state park in the south of downtown. Through a series of coincidences we got a pitch for two days and that went like this:

Late in the evening, around 11pm, we arrived in the middle of nowhere and literally stood in front of a locked gate. No ranger around and no sign, no phone number anywhere, nothing. While we were resigned and very tired to find any accommodation with the mobile phone, a car stopped behind us and a friendly “Howdy” rang us. Dave informed us that all state parks in Texas close at 10pm. This State Park, which we were standing in front of, was not only the most popular, but also fully booked and by the way already a long time in advance. Dave and his wife were Camphosts here. Then Dave realized that someone at number 84 had not come today and we could stand in that place until tomorrow – today he would not come anymore and if he did, he did not come through the gate ;-). Prior to this, however, he had to obtain permission from the Park Rangers if we were allowed to enter the park outside of the opening hours. When Dave dialed the home phone number and informed the officer that we were from Canada, the thing was scratched. Many Thanks. Dave escorted us to our place, we went through our usual procedure and went to our bed. The next lucky coincidence happened the next day when we wanted to extend one night. To do this we found ourselves in the ranger station and joined a rather long line, all of which wanted one thing – a spot that was free. One by one was rejected. The guts sank at the beginning, then we just stood in line with zero expectations and asked if there was any chance of a free spot for tonight and named our site number. The lady looked with the same serenity on her screen as the dozens of times before, looked up and informed us that the place (our place) was just canceled and we could extend. Lucky us :-).

Austin itself received us full of sun and life. “Hippy-tip” would tell our friend Debby. Austin owned a buzzing startup and IT scene like San Francisco, which attracted many young people. The flair that Austin exerts on me these days, like that of Palo Alto or Mountain View in California. On the many Macbooks that were hidden or buried beneath sketches, pads, and notebooks, I saw the usual programs all too familiar, whether programming windows, chats, schedules, or just the standard e-mail programs – Austin is the place.

For those who do not know, Austin is the capital of Texas, not Houston or even Dallas. Houston was once, but was replaced by Austin in 1839. Named after Stephen Fuller Austin, the father of Texas, Austin is the fastest growing, big city in the US. 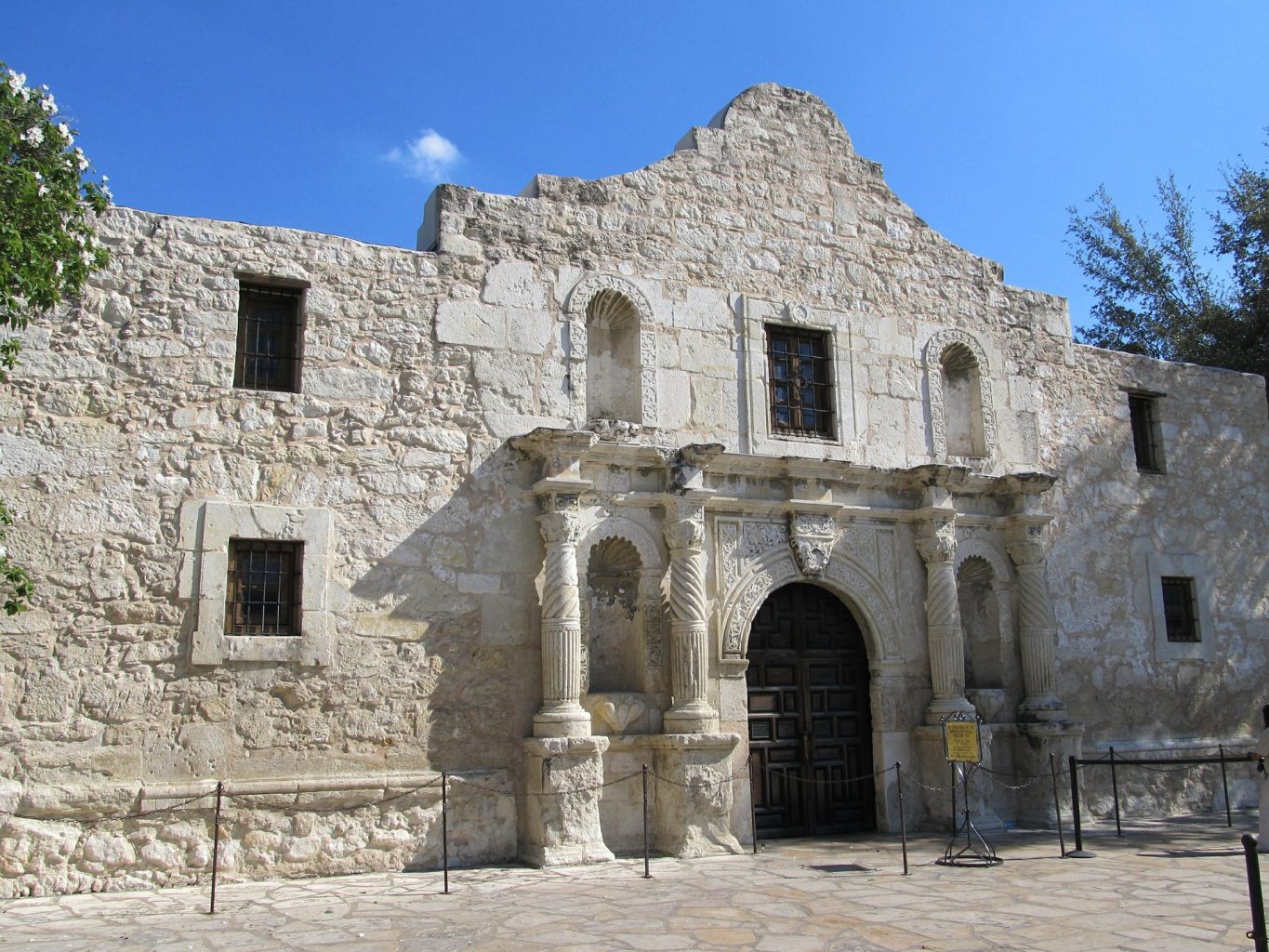 It was imminent to win an unequal fight not only with no prospects, but also no chance of survival. President General Antonio López de Santa Anna hoisted the red flag, the sign of no survivors. James Bowie (everyone knows the Bowie Knife), Davy Crockett, and the young Commandant William B. Travis, were three of the dazzling figures who died on March 5, 1836, along with 100 other soldiers, farmers, and revolutionaries. Against the army of about 1500 men of general Santa Anna the small number of fighters was powerless. Nevertheless, they held the fort for a full three days until death came in the form of superiority over the heroes of Alamo. The death and the battle for Alamo is the symbol of freedom and heroism in Texas. “The Alamo”, as it is dramatically called, was in the middle of San Antonio and we visited this memorial, exploring the city itself with our bikes.

Noteworthy is the Riverwalk. The Riverwalk is a river meandering through San Antonio. Along the approximately 5-meter-wide river, which is frequented by a variety of small Seightsseing boats, lined with restaurants and bars. Almost every restaurant has tables and chairs right on the river. It seemed tight and hectic and somehow it had the hustle and bustle of Venice. Another peculiarity of the Riverwalk was its deepened position. While the city itself, ie streets, buildings and everything else was about 10 meters above the river level with its restaurants, you could protect yourself and move a little cooler than “up” down here.

From time to time we stopped in small towns to drink a coffee or just drive through. Here is a little story about it:

On the way to San Antonio we came through the village “New Braunfels”, a nearly two hundred year old settlement. The welcome message at the water tower was “Life is beautiful in New Braunfels” (of course in german). We stopped for a coffee called “Buttermilk Cafe” and had breakfast. Our server “Mike” was a bear of a man. 195cm tall and just as wide (not all muscle ;-)) A beard, which was chaotically truncated, gave his appearance something wild. His kindness was contrary to his appearance. He greeted us with a deep “Gooood Mooorning” ;-). We ate the house specialty: Fried eggs with buttermilk pancakes and drank a liter of coffee. The coffee was self roasted and was delicious, of course we took a fresh roast with us. 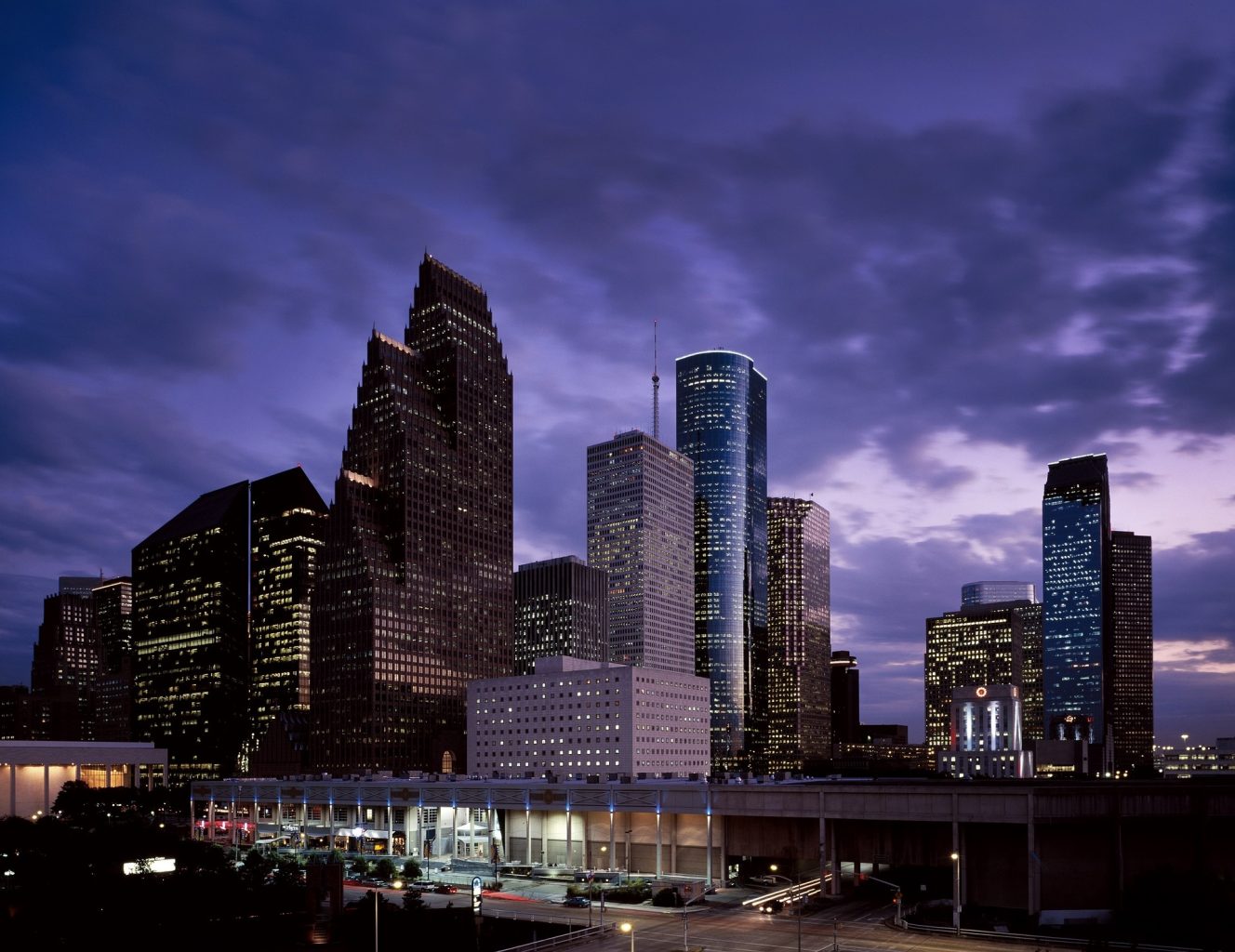 “Houston we have a problem / Houston, we have a problem”. Everyone knows that statement. Indeed, on April 13, 1970, Jack Swigert said on Apollo 13 on the way to the moon, “Okay, Houston, I believe we had a problem here.” In our case, the problem was a lot of traffic. Sometimes a 14-lane highway reminded us of Los Angeles in the rush hour, we drove right across town, admiring downtown in stop and go traffic, and hours later we reached our RV park, which we picked out for the night.

The next morning we went to the Hobby International Airport and boarded a plane to …. to be continued